At LetsGetChecked, we know that emotional wellness is just as important as physical health.

Stress is a physical and psychological condition. If you are living with chronic stress, your body may begin to produce excess amounts of cortisol and this can negatively impact on both your physical and emotional well-being.

Cortisol is a steroid hormone, released by the adrenal gland in response to what the body perceives as a threat. Cortisol triggers the fight or flight hormone adrenaline which impacts the sensory system.

Cortisol is also produced in response to low blood glucose. It is responsible for controlling the body’s blood sugar levels, regulating metabolism, acting as an anti-inflammatory, influencing memory formation, controlling salt and water balance, influencing blood pressure and helping development of a foetus in pregnant women. 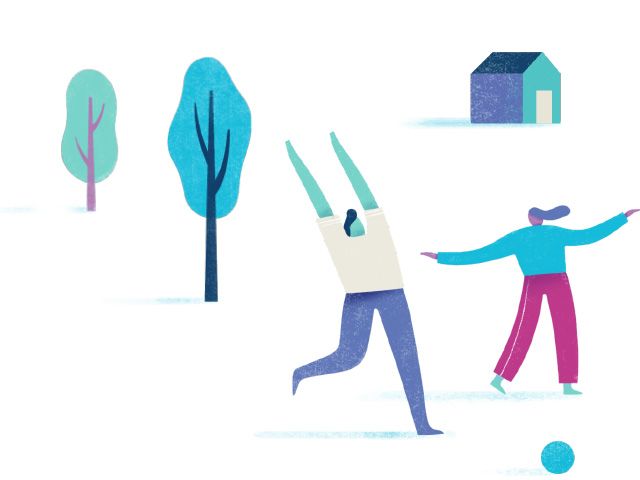 Buy an At- Home Vitamin Test

Check in on your vitamin levels from home with our range of at-home vitamin tests.

Buy an At- Home Hormone Test

Cortisol balance is essential for human health and problems may arise if the adrenal gland releases too much or too little cortisol.

It might be hard to believe that your morning necessity could be doing more harm than good but numerous studies show that coffee adds to stress. The intake of caffeine replicates stress conditions in the body. Cortisol and epinephrine are released following caffeine intake. The physical response to caffeine is similar to that of a situation in which the body perceives a stressful situation.

The replication of acute stress is compounded by the fact that people rely on caffeine during times of stress, like studying for exams or working late. While it may feel like caffeine is helping you to cope, it actually has the potential to send your HPA axis into disarray. The HPA axis refers to the connection between the pituitary gland, the hypothalamus and brain. These components of the endocrine system influence the body’s ability to manage and control stress.

Buy an At- Home Vitamin Test

Check in on your vitamin levels from home with our range of at-home vitamin tests. 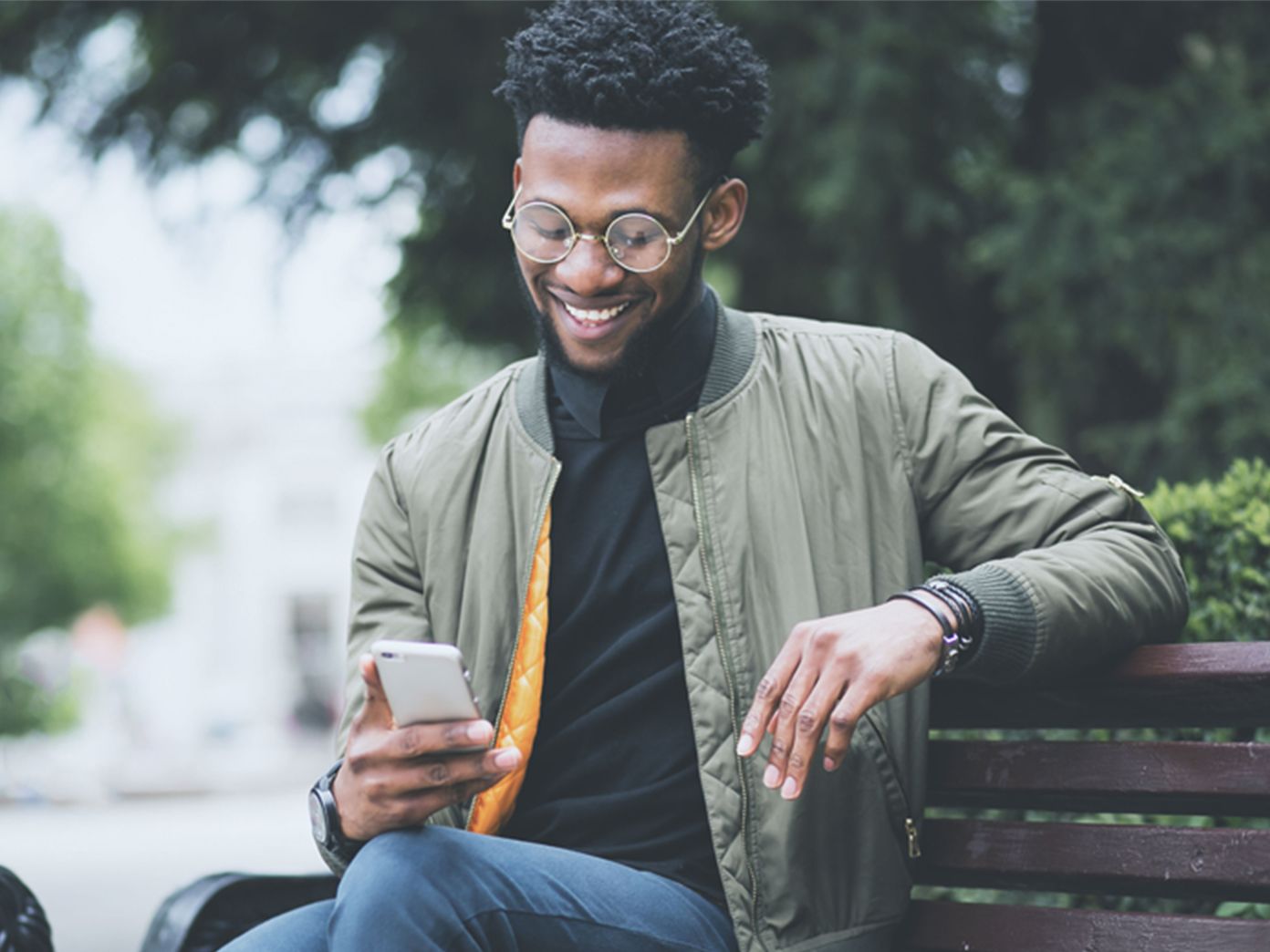 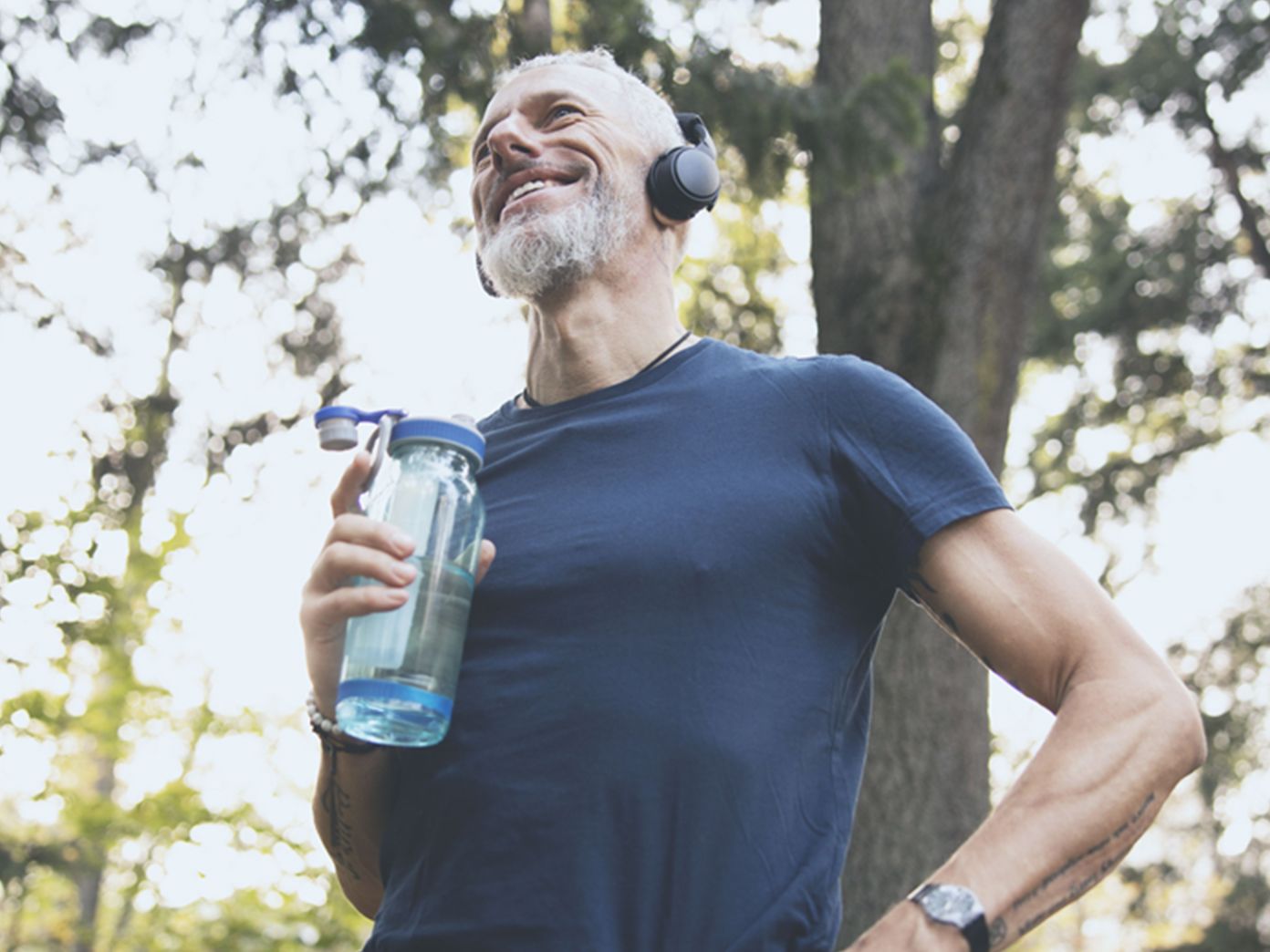 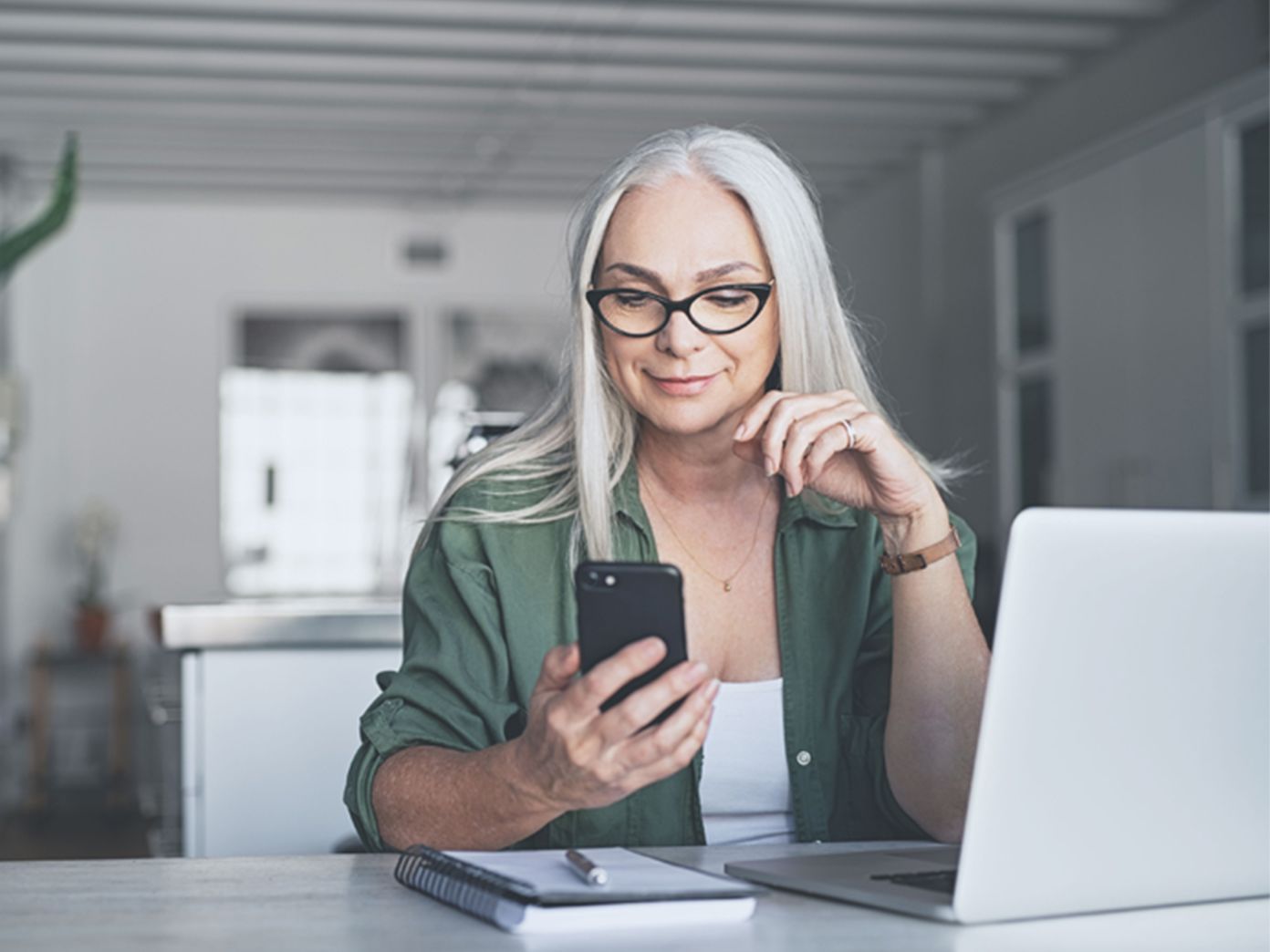 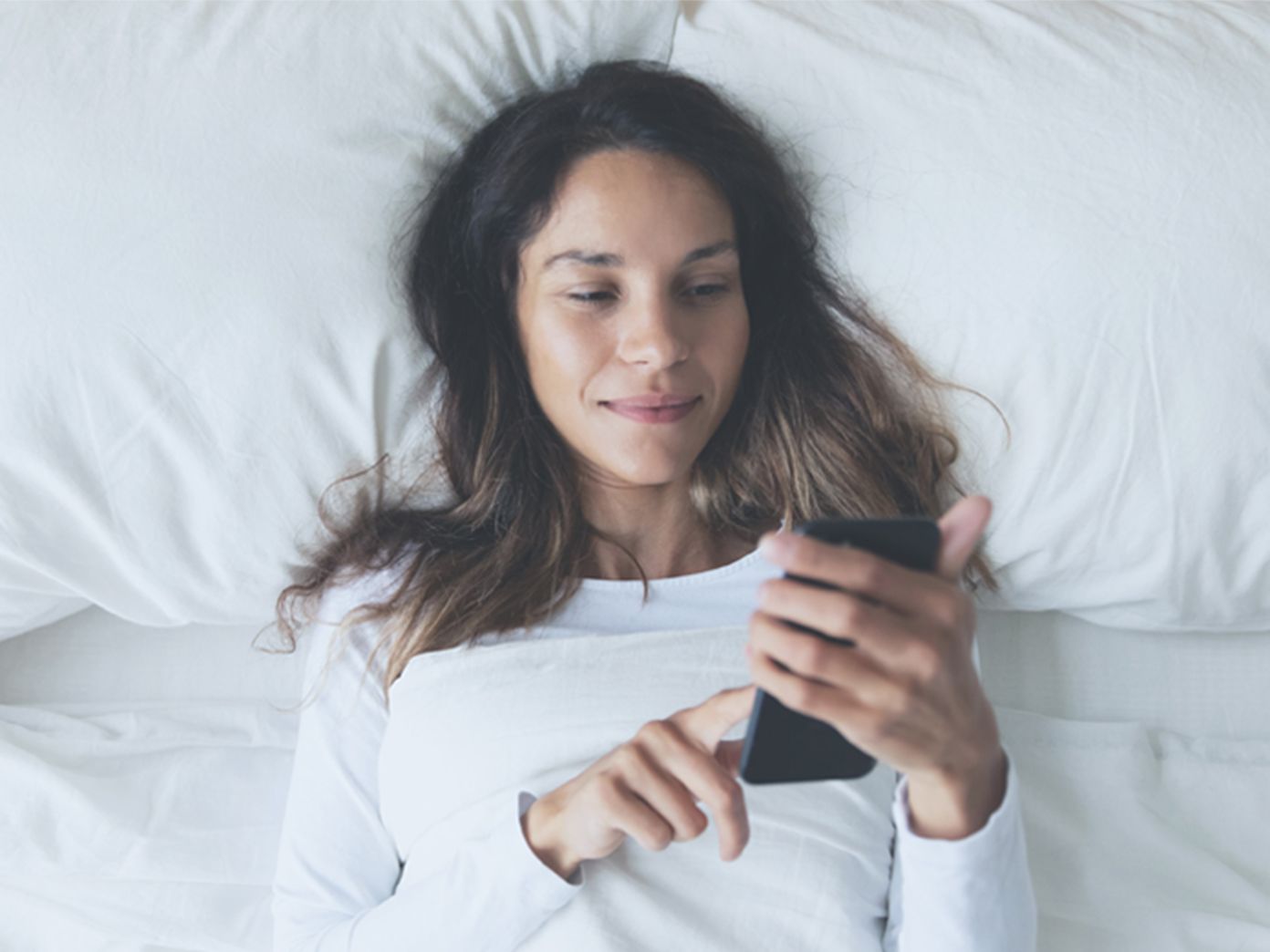 The Department of Health and Human services recommends that the average adult completes 150 minutes of moderate aerobic exercise per week or 75 minutes of vigorous exercise. The benefits of exercise are infinite, promoting both emotional and physical wellness. Exercise reduces the amount of cortisol and adrenaline in the body, replacing stress hormones with feel-good endorphins.

Exercising on a regular basis also offers you a sense of control as you take time out to think about physical movements as opposed to cognitive stressors. Yoga offers the best of both worlds as you exercise the body and mind through meditative movements. If you hit your groove with exercise, you will feel relaxed and ready for whatever life has to throw at you.

A study published in the Journal of Social Psychology used two sample groups to decipher whether deleting Facebook would decrease salivary cortisol levels and increase subjective well-being. It was found that those who deleted Facebook had lower levels of cortisol in their salivary test result. The study concluded that taking a break from social media could decrease perceived stress.

Dopamine is released when you get a text, call or notification and feel that you belong within a social group. Dopamine controls the pleasure centre in the brain, a dopamine loop becomes cyclical when you rely on your devices for a sense of belonging. A global conversation continues regarding the trials and tribulations of social media, however taking time from artificial screens and getting out in fresh air or meeting with friends in real life will give your mood a lift that screens can’t.

Mediation is said to activate the anterior cingulate cortex, the part of the brain which controls thinking and emotion. It has been shown that meditation can improve the ability to cope with everyday anxieties.

Deep breathing relaxes the sympathetic nervous system and activates the body’s natural relaxation response by activating the parasympathetic nervous system. Diaphragmatic breathing is a simple yet effective method in dealing with stress. It's a technique you can implement on your own and practice throughout the day. It will help to relieve muscle tension and anxiety.

Autogenic Training is a form of meditation that was developed by german psychiatrist Johannes Heinrich Schultz in 1932. The mediation is based on an activity known as "auto-suggestion" in which you relax the mind using commands and corresponding physical movements. By moving away from distractions and commanding your body to feel a certain way, you can obtain a sense of mastery and control over your physical state regardless of what you face emotionally. It is recommended that you do short consistent bursts of meditation sessions throughout the week as opposed to one long session once a week.

Behavioural therapies may seem like an intense step to take in relieving stress, however the chronic overproduction of cortisol has a high potential to become dishabilitating in your day to day functioning if you don’t take steps to combat it. Several clinical studies have reported reductions in salivary cortisol levels after behavioral interventions to reduce stress. A study measured salivary cortisol levels in 39 adults. Samples were taken twice, once before an art therapy session and once after, It was found that the amount of cortisol found in saliva lowered following the art session. Participants in the study self reported that they found the session “relaxing, enjoyable, helpful for learning about new aspects of self, freeing from constraints, an evolving process of initial struggle to later resolution, and about flow/losing themselves in the work.” While it may seem too time consuming to do something that is for you and you alone, it could make all the difference in your ability to cope.

Cortisol needs to be highest in the morning and lowest in the evening to ensure good quality sleep. If your adrenal gland is producing too much cortisol, your sleep with be disturbed thus causing a cycle of sleeplessness and fatigue. Aim to go to bed and wake up at the same time every day. Daily habits sends signals to the body and help regulate other unbalanced bodily systems. Aim to do some light exercise each day to relax the body and mind. Try to input a “Do Not Disturb” time into your day to day life, by switching off electronic devices, going for a bath or simply lighting a candle. Winding down in a relaxing way everyday will ensure that your body becomes accustomed to sleeping and waking at a certain time with good quality rest in between.

Symptoms of excess cortisol in the body include:

A balanced diet reduces blood sugar and inflammation in the body. The low glycemic diet balances hormones including cortisol. The purpose of the diet is to maintain balanced blood sugar levels. This diet is also used by people who are trying to lose or maintain weight as it ensures that there are minimal sugar highs and lows, eliminating food cravings. Following a low glycemic diet can balance cortisol in the body by stabilizing blood sugar and the endocrine system. Eating a diet rich in fruits and vegetables, nuts, seeds, eggs, fish and grass-fed beef, coconut or olive oil and probiotics will help to balance hormones and blood sugar.

9. Remove stressors from your life

Stressors can be external factors such as your family, friends and finances or internal factors such as a genetic predisposition to depressive and anxious states.
Making lists can help to compartmentalize stressors. It can also help with feeling that you are in control in making a comprehensive plan to tackle each stressor head on.

Combatting stress and high cortisol levels ultimately comes down to confronting the source of your stressors however learning to manage stress through small lifestyle changes are the best first steps to dealing with high stress and/or the overproduction of cortisol.

Excessive cortisol production can occur during times of extreme stress. At LetsGetChecked, we offer a Cortisol Test. The Cortisol test is for anyone looking to measure their cortisol levels which can be linked to adrenal fatigue, low blood sugar levels, metabolic issues, type 2 diabetes and stress.

You should get tested if you are suffering from fatigue, low blood sugar levels, high blood pressure, metabolism issues, type 2 diabetes and stress.

How Do You Check Cortisol Levels From Home?

Is Your Stress Hormone Running on Overdrive?

What is Cushing Syndrome? Symptoms and Causes