Lyme Disease is recognized as the most widely reported tick-borne disease in the United States. While it’s often said to be a seasonal condition, symptoms of the disease may remain dormant during winter months during the reproductive cycle of the blacklegged ticks associated with the disease. And without adequate testing, it’s possible for Lyme disease to go both undiagnosed and untreated, which poses the question: is Lyme disease curable?

Once diagnosed, treatment for Lyme disease typically involves a 2-4 week course of oral antibiotics. The sooner the treatment begins, the quicker recovery tends to be. However, following treatment, patients can sometimes experience such as pain, fatigue or difficulty thinking, often referred to as post-treatment Lyme disease syndrome.

See also: The Signs and Symptoms of Lyme Disease

Does Lyme disease stay with you forever?

Lyme disease signs and symptoms generally become evident after 3-30 days of exposure to an infected tick. The disease is typically diagnosed through a blood test that detects Borrelia antibodies in the blood and can often be cured with a course of oral antibiotics.

In the case of the early stage Erythema Migrans rash (often referred to as the ‘bull’s eye’ rash), antibiotics such as doxycycline, amoxicillin, and cefuroxime will be administered. If the nervous system is affected, it is likely that penicillin will also be used within the treatment.

While the majority of cases of Lyme disease can be cured with the correct treatment, post-treatment Lyme disease syndrome can occur for a number of months following treatment in a small number of people.

How serious is Lyme disease?

If Lyme disease goes undiagnosed and untreated, the virus which causes the disease (Borrelia burgdorferi), can spread throughout the body and progress into late-stage Lyme disease. This late stage can occur months or even years after the initial tick bite and can cause serious side effects such as numbness, mental fog, numbness or arthritis.

When the disease progresses to this late stage, it can typically be treated with a course of antibiotics, typically intravenous antibiotics (IV). Naturally treatment can vary from person to person.

Why is Lyme disease known to be seasonal?

In each “life stage”, Lyme disease ticks will feed once from their parasitic host. Symptoms associated with Lyme Disease are more likely to be visible during the summer months. The life-cycle of ticks begins when they are known as larvae during the first phase of their life. They emerge from eggs that are laid by adult ticks in the spring-time and attach to small animals like mice and birds.

Larvae develop to nymphs following their first feed from their first host during the Spring/Summertime. Nymphs are the size of a poppy seed during the second phase of their life but by the time they reach the third and final phase of their life-cycle and become adult ticks they are the size of an apple seed and can be visible on animals and humans if you look closely.

In late autumn and winter, the adult ticks feed on their third host (most commonly humans) and reproduce. This life-cycle of the tick begins again and so too does the seasonal nature of symptomatic Lyme disease. It is important to remember however that ticks and tick bites may remain dormant so testing should be carried out on a regular basis if you are experiencing symptoms.

When should you take a Lyme disease test?

You should take a Lyme disease test if you suspect you have been bitten by a black-legged tick between 3-30 days after the suspected tick bite. You should consider taking the test regularly if you are based in Northern America or Eastern or Central Europe, spend a lot of time outdoors, or a lot of time around large animals.

You can take a test with your doctor or from home with LetsGetChecked’s at-home Lyme Disease Test. You should consider taking the test if:

• You live in a place that is rich in vegetation or woodland
• You live in Northern America or Northern Europe
• You go camping or hiking on a regular basis, particularly during the Summer or Autumn months
• You encounter large woodland animals on a regular basis
• You are presenting with symptoms of Lyme disease in the days following being bitten or having the tick removed
• You have an unexplained rash that resembles erythema migrans, this rash may appear at the point where you were bitten between 3 and 30 days of exposure to a deer tick
• You are experiencing flu-like symptoms that include a headache, fever, chills, and fatigue.
• You are experiencing neurological numbing: Bell's palsy, meningitis, and impaired muscle movement may occur due to the swelling of brain tissue in the later stages of Lyme disease.
• You have a developed erythema migrans rash across your body. If you are experiencing this rash, you should contact your healthcare provider immediately for assistance.

See also: How do You Check For Lyme Disease From Home?

Living With Lyme Disease: An Interview With Jamison Hill 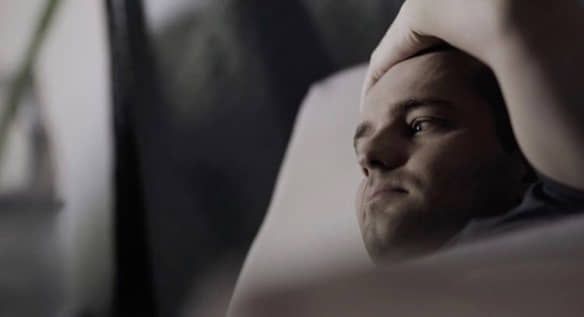 For those who don’t know, what is Lyme disease?

Honestly there’s a lot that’s unknown about the disease but we do know that it is transmitted by ticks, which can be as small as a poppy seed. There is a broad range of symptoms, in my case I have severe neurological symptoms including sensitivity to light and sound and touch. I’m also unable to speak or walk.

When were you diagnosed with Lyme disease?

I was officially diagnosed in 2016, but I could have had it well before that.

What symptoms did you experience in the lead up to being diagnosed with Lyme disease?

Well I have other illnesses like POTS and ME/CFS so it’s hard to tell where one begins and another end. But generally, I think Lyme contributed to me becoming bedridden and unable to speak or eat solid food for 18 months.

Could you pinpoint the moment you were infected?

That’s still very much a mystery. The only ticks I noticed were in high school and I never had any Lyme symptoms back then.

What was the first thing that ran through your head when you found out you had Lyme disease?

Utter confusion because previous Lyme tests I had done ruled it out. I’m still confused about but the test that came back positive and was used to diagnose it was definitive as far as Lyme tests go.

In your writing, you say that the producers associated with the Netflix series, “Afflicted” painted you and the other people who were telling their stories as “hypochondriacs" - can you unpack what happened?

There’s a lot to unpack there. For the sake of brevity, I’ll just say that the people on the show were drastically misrepresented and misled. Anyone who wants the true story about Afflicted should read the cast’s blog posts and read the many articles written about the open letter we wrote to Netflix asking for the series to be taken down.

Prior to featuring in the documentary - how did you feel about the prospect of raising awareness for Lyme Disease?

It was something that I was interested in doing, but I’m relatively new to the Lyme community so I was looking to do so and that’s what I hoped Afflicted would do but it didn’t.

That’s a hard question to answer because I have other illnesses in the mix. It is debilitating though. I would say most of my cognitive and neurological symptoms are related to Lyme.

“So, it feels like the world’s worst hangover with no sleep or food and you’re looking directly at the sun with music blasting in your ears. Oh, and a Sumo wrestler is giving you a bear hug.”

What is your day to day life like with Lyme disease?

It’s a struggle. Lots of medications and supplements and IVs and trying to rest but failing.

What medication do you need to take?

I haven’t taken antibiotics for Lyme yet because my doctor feels that I’m too weak for them and they could do more harm than good. But I’ve tried colloidal silver and natural treatments like that. I take antiviral meds and do saline infusions but that’s to treat other illnesses I have.

What is the recommended treatment for Lyme disease?

Generally, I think antibiotics are the mainstream approach, either through an IV or orally.

“It’s definitely a messy existence but I’m lucky to have a supportive family who doesn’t question the validity of what I'm going through and in many ways, they put my needs above their own, which just puts me in awe of them.”

What advice would you give to someone who has just found out they have Lyme disease?

Don’t panic and if you’re confused that’s normal and the confusion probably won’t completely go away ever.

The LetsGetChecked Lyme Disease Test examines the blood for Borrelia (BORR), the presence of which would indicate whether you have contracted Lyme disease.