2012 was the year that Robbie Lawlor planned to emigrate to Australia with a group of friends. It was the same year he realized that migration laws in Australia, Canada and New Zealand dictated that those with a positive H.I.V diagnosis wouldn’t be able to do so. It was the year he found out that he would spend the rest of his life living with H.I.V.

“Saying I was devastated doesn’t really capture how I felt at the time.” 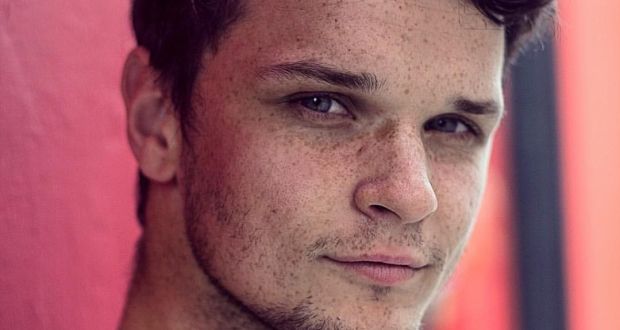 Today, Robbie Lawlor is the co-founder and out-reach officer of a group called Access to Medicines. This group strives to ensure that safe, affordable and effective medicines are available to everyone who needs them. Robbie set up the first one to one peer support group in St James’ Guide Clinic to offer support to those who have a positive diagnoses for H.I.V or AIDS. He says that becoming an ambassador helped him through the initial devastation of his diagnoses, and shares his story with LetsGetChecked.

Could you explain what H.I.V is in a language that everyone understands?

AIDS is another acronym. It stands for Acquired Immunodeficiency Syndrome. It’s an umbrella term for all the opportunistic infections that we can get when we have a compromised immune system. Thankfully, HIV medication is so effective that we stop HIV from replicating in the body. If HIV can’t replicate then it begins to die out. However, HIV is quite sneaky and hides dormant in parts of the body that our immune system and antiretroviral medication can’t reach. That’s why we can’t cure HIV at the moment. This means that people living with HIV may never acquire AIDS and can live as long as anyone else.

One of the most exciting advancements in HIV research is the science behind being undetectable. When the virus is lying dormant and there is very little free flowing HIV in the blood, semen and vaginal fluids, we say that the person has reached an undetectable viral load. This means that there is not enough virus in the body for someone to pass on HIV. I am undetectable and I simply cannot pass on HIV to my HIV negative boyfriend because I take my medication every day.

I think it’s important to distinguish between HIV and AIDS because everyone thinks they’re the same thing. I certainly thought they were when I was diagnosed. If we don’t know the basics of HIV, how will we ever begin to think this is something that can affect us?

To say my diagnosis was a shock is an understatement. I couldn’t understand how I was getting this diagnosis. I was born in 1991 and missed all campaigns about HIV. I got zero sexual health education in school. I knew how not to get a woman pregnant. Not the most practical advice for a gay man. When I was diagnosed in 2012, no one was really vocal about living with HIV. I didn’t even know it existed in Ireland. On top of all that, I found out I couldn’t get a residency visa for Australia, New Zealand or Canada. Places all my friends were moving to. Saying I was devastated doesn’t really capture how I felt at the time.

How were your emotions in the days that followed?

I’m quite fortunate because I had my friends and family by my side from the very beginning. They were super supportive and listened to me while I tried to make sense of it all and understand what HIV would mean for my future. Although I had great support around me I still felt very alone. I didn’t really know what HIV stigma would look like but I kept thinking that no one will ever want to be with me again and that I’ll have to go into some sort of viral closet. I kept thinking;Will HIV affect future relationships? Will I ever have sex again? If I do have sex again will it ever be good? Has my lifespan been cut short?

What were the three main things that got you through finding out about your diagnosis?

My family and friends were such great support.

A social worker in St James GUIDE Clinic really helped me by busting many myths about HIV. My social worker, Deirdre also empowered me to start my activism work. She once said to me, “why can’t you help change things for people living with HIV?”. Seems like a simple statement but it's quite a profound thing to hear. Unfortunately, we are now putting too much emphasis on testing and treating people living with HIV that we are completely ignoring the people who are there for those emotionally when living with HIV. Great services such as the social workers in the GUIDE clinic are overburdened and under resourced. This needs to change. Overcoming my issues around HIV may have taken a lot longer if I didn’t have access to good support. It is unethical to give money towards testing without setting aside funding for people who get a positive diagnosis.

Giving back to the HIV community was one of the most powerful ways that I took ownership of my HIV. Giving peer and social support to others living with HIV truly helped me. I got to meet some of the most amazing people that I have ever met. I got to see their progression from point of diagnosis to flourishing all over the world. We must stop seeing people living with HIV as patients and see them as people who can take ownership over their HIV status and become kickass activists.

Do you think that there is enough awareness of H.I.V out there for both younger and older people?

I truly believe that there is inadequate awareness of HIV out there for the majority of people in Ireland. We are seeing massive rises in HIV among the older generation as well as younger people. I give HIV talks in universities and schools all over Ireland. It is very common for 100% of the school kids to think that you can get HIV from kissing someone.
In the latest study by H.I.V Ireland, the survey entitled National Stigma Survey reports that

What does it feel like? Did you have any physical symptoms?

I had zero symptoms when I got my HIV diagnosis. I felt really healthy. I had some growths on my tongue that I didn’t know about but they went away quickly after I started my medication and my immune system got back to normal.

“Many people do not experience any symptoms of HIV infection until it progresses to AIDS.”

What do you think of sexual health education in Ireland and further afield?

Sexual health education in Ireland is inadequate, shameful, exclusionary, and nonsensical. Allowing the religious ethos of a school dictate the level of sexual health education of young people is a direct assault to our right to education. Hopefully the SexEd Bill that Solidarity is trying to push through will remove this religious barrier and give young people access to factual, objective, inclusive (of LGBTIQ+ people), and comprehensive sex ed.

How did your diagnosis affect your relationships, romantically and otherwise?

It took me awhile but I finally started to overcome my internalised stigma about being HIV positive. I made a promise to myself that I wouldn’t let any future boyfriend or sexual partner make me feel less, secondary or even allow HIV become a negative thing in the relationship. If HIV did become an issue, I don’t want any part of the relationship.

I took this position because I have seen so many of my friends living with HIV accept being treated as less because of their status. My friends were staying in these toxic relationships because they felt as if no one else would be with them. I refused to take on that mentality because I refuse to believe that anyone living with HIV should be treated or thought about in that way.

I am with my partner, Maurice four and half years. He’s negative and never had a problem with my HIV status. I’m healthy, undetectable and non-infectious. Why should HIV ever be an issue? I’m the safest person Maurice can sleep with to not get HIV because I know my status and am undetectable.

Do you think younger people are fully aware of the precautions they should be taking when it comes to sexual contact?

I think we need to break down young people’s perception of invincibility. Young people really believe that they won’t get STI’s or HIV because ‘other’ people get them. In Ireland, we do not have a culture of getting tested. It is seen as something shameful. I was sexually active three and a half years without getting tested because I never felt like I needed to and was embarrassed to. As a result, HIV was damaging my immune system. We really need to empower young people to remain informed about STIs, to communicate their sexual needs to partners, and to get tested regularly. If you feel like you are at risk of getting HIV, go and look up a pill called PrEP you can take to stop contracting HIV.

If you could go back and talk to 21-year-old Robbie around the time of finding out about your diagnosis, what advice would you have given?

“I wouldn’t change a thing. Everything that I went through at 21 has led me to where I am today.”

Order a H.I.V Test with LetsGetChecked.

What is Chlamydia? | Symptoms, Diagnosis and Treatment

STD Symptoms In Men: Should You Get Tested?