The most recent U.S data reports that there was nearly 2.3 million cases of chlamydia, gonorrhea and syphilis cases in 2017, meaning that STD rates have increased in their prevalence for 4 consecutive years.

Rising STDs rates in the U.S 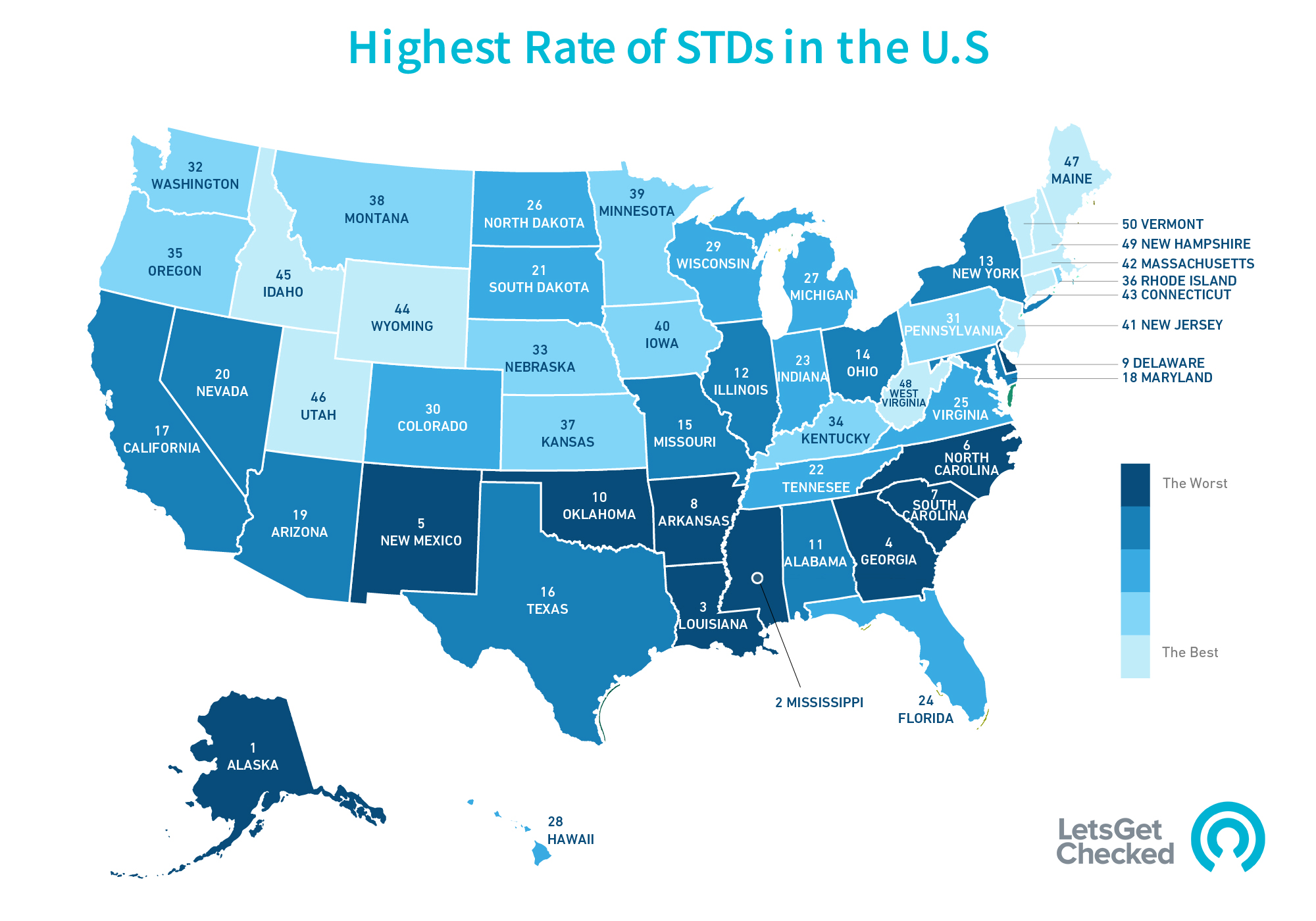 The latest and largest scale report by the Centers for Disease Prevention (CDC) exemplifies a failure in the U.S public health sector to lower the prevalence of a number of sexually transmitted diseases (STDs).

Rates of STDs has continued to rise dramatically in the last two decades. In particular, the prevalence of chlamydia in the U.S has risen by 98% between 2000 and 2016. LetsGetChecked can report that this number mirrors an increase in sexual health testing kit sales. The sale of sexual health testing kits were 3.5 times higher in January 2018 than in January 2017, showing an ever increasing need to take preventative health care more seriously.

The most recent report by the CDC has shown that increasing rates of STDs in the U.S shows no sign of slowing down. Chlamydia remains at an all time high, with gonorrhea and syphilis exceeding 2016 rates in 2017.

The report shows that:

LetsGetChecked consumer data mirrors that of the CDC, concluding that:

Why are there rising STD rates in the U.S?

Public discourse continuously blames three pillars for the rise in STD rates in the U.S. 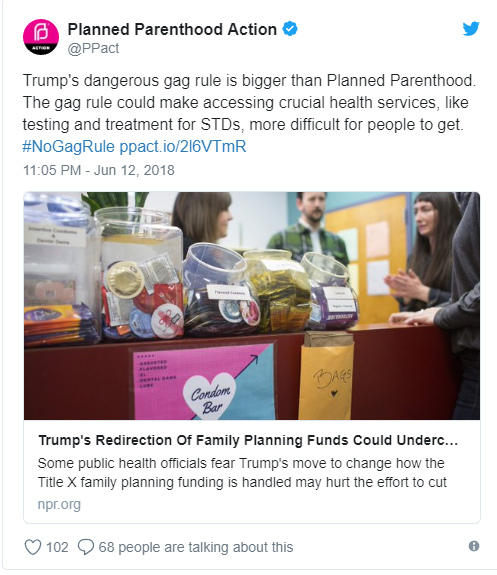 Following the U.S syphilis epidemic of 1990. The CDC claimed that they would work to eradicate the disease, and in the early 2000s, the rate of syphilis had fallen to 24% before doubling back to a prevalence rate of 48% by 2016. The CDC has been the most renowned collector of U.S health data since 1942 with the intention of breaking down medical barriers.

Last February, CDC Director Brenda Fitzgerald, reported “complex financial interests that have imposed a broad recusal limiting her ability to complete all her duties.” The Trump administration or underlying misinterpreted funding scandals are said to be the cause of the slow down in better quality public health funding at this time, a definite draw back to the attempted eradication of sexually transmitted diseases in the U.S.

New methods of birth control may have caused a waning desire to use condoms between partners however, thus causing a further spread and rise of sexually transmitted diseases amongst those who have not been tested. There are also those who believe that being in an monogamous relationship acts as a get out of jail free card for infectious diseases. In a study carried out by LetsGetChecked, it was found that 65% of college students had never visited a sexual health clinic. The majority of this demographic claim that they felt too embarrassed, or that they didn’t require screening. The arrival of dating apps have unquestionably added to the prevalance of sexually transmitted diseases.

Amongst MSM (Men Who Have Sex With Men), numerous reports have shown that using PrEP (pills that can prevent HIV), may be inadvertently leading to a rise in other sexually transmitted diseases as the gay community feels comforted by the HIV prevention and forgo using further protection, illustrating a rise in new syphilis and gonorrhea cases, especially amongst the MSM.

Are you at risk of contracting an STD?

You need to get tested if you are experiencing symptoms associated with particular STDs, if you are entering into a new sexual relationship or if you have received a notification from a previous sexual partner that they are infected.
The only real way to lower your risk is through awareness. Do you think you have contracted an STD? At LetsGetChecked, you can purchases tests that covers the most common sexually transmitted diseases, including:

Chlamydia is an infection caused by the bacterium Chlamydia trachomatis. Chlamydia can be contracted through sexual contact and at birth. Chlamydia is generally asymptomatic and is most common in women, between the ages of 15 and 24 years old. Chlamydia is congenital, meaning it can be passed from mother to child.

Gonorrhea is a bacterial infection caused by the bacterium Neisseria gonorrhoeae. Gonorrhea is transmitted through sexual contact, it can also be passed on through child-birth infecting the eyes of newborn babies. Gonorrhea commonly causes a yellowish discharge in men, it is generally asymptomatic in women.

Trichomoniasis is caused by infection with the protozoan parasite Trichomonas vaginalis and is transmitted through sexual contact. Trichomoniasis is often responsible for a green or frothy discharge in men and women.

Syphilis is a chronic bacterial infection by the bacterium Treponema Pallidum. Syphilis is transmitted through sexual contact. If left undiagnosed and untreated, syphilis can eventually cause damage to the brain, nerves, eyes, heart, blood vessels, liver, bones, and joints. In extreme cases, it can cause gradual blindness, mental illness, and even death.

Gardnerella vaginalis causes Bacterial Vaginosis (BV), Gardnerella develops as a result of an overgrowth of anaerobic bacteria in the vagina. Gardnerella is one of the leading causes of unusual vaginal discharge and odor.

Mycoplasma genitalium is a bacterium found in the urinary tract, it is transmitted through sexual contact. It may cause abnormal discharge, pain during sex and abdominal discomfort. In men, it can cause a burning pain in the genitals.

Ureaplasma urealytica is a bacterium that infects the urogenital tract. It can cause premature birth or spontaneous abortion. Ureaplasma has been found in up to 70% of sexually active adults. The infection can be transmitted sexually.

Herpes is a sexually transmitted infection caused by the herpes simplex virus (HSV). After the initial infection, HSV remains dormant in certain nerve cells of the affected area of the body for life. The dormant virus may reactivate and cause recurrences.

The proof is in the sales

A study carried out by Denver Metro Health Clinic surmises: “Seasonal variation in human behaviour has a major effect on disease incidence. For example, in temperate climates living indoors predisposes to respiratory infections during the winter, while outdoor activities in summer promote the spread of various enteric diseases from a common source.”

Increased opportunities to socialize may promote the increased likelihood of contracting a sexually transmitted disease, along with more free time when universities break for the Summer and people tend to take their leave from work when the weather is better.

What can be done to combat the rising prevalence of STDs?

Education and preventative healthcare are the answers for combating the rising prevalence of STDs in the U.S and further afield.

The most affected demographic demonstrate an increasing need for better quality sex education in schools.

If oral contraceptives haven’t been used, it’s also essential to know what symptoms to monitor when you become sexually active to prevent the further spread or development of sexually transmitted diseases.

The most common symptoms associated with sexually transmitted diseases in men and women include:

The only way to know if you have a sexually transmitted disease is to get tested. LetsGetChecked offer an efficient, convenient and confidential service that offers you support at every step of the way.

Read: What Are The Most Common Symptoms Of STDs?

Almost 50% Of U.S. Adults Don't Know How Often You Should Take An STD Test