STD Rates Rise in The United States & A LetsGetChecked Survey May Reveal Why...

Incidence rates of syphilis, gonorrhea and chlamydia have reached an all-time high in the United States according to a recent report from the Centers for Disease Control and Prevention that has compared the number of STD cases between 2017 and 2018.

Let’s break down the numbers:

Chlamydia
The incidence rate of chlamydia has increased by 22% since 2014 with 1.8 million cases. 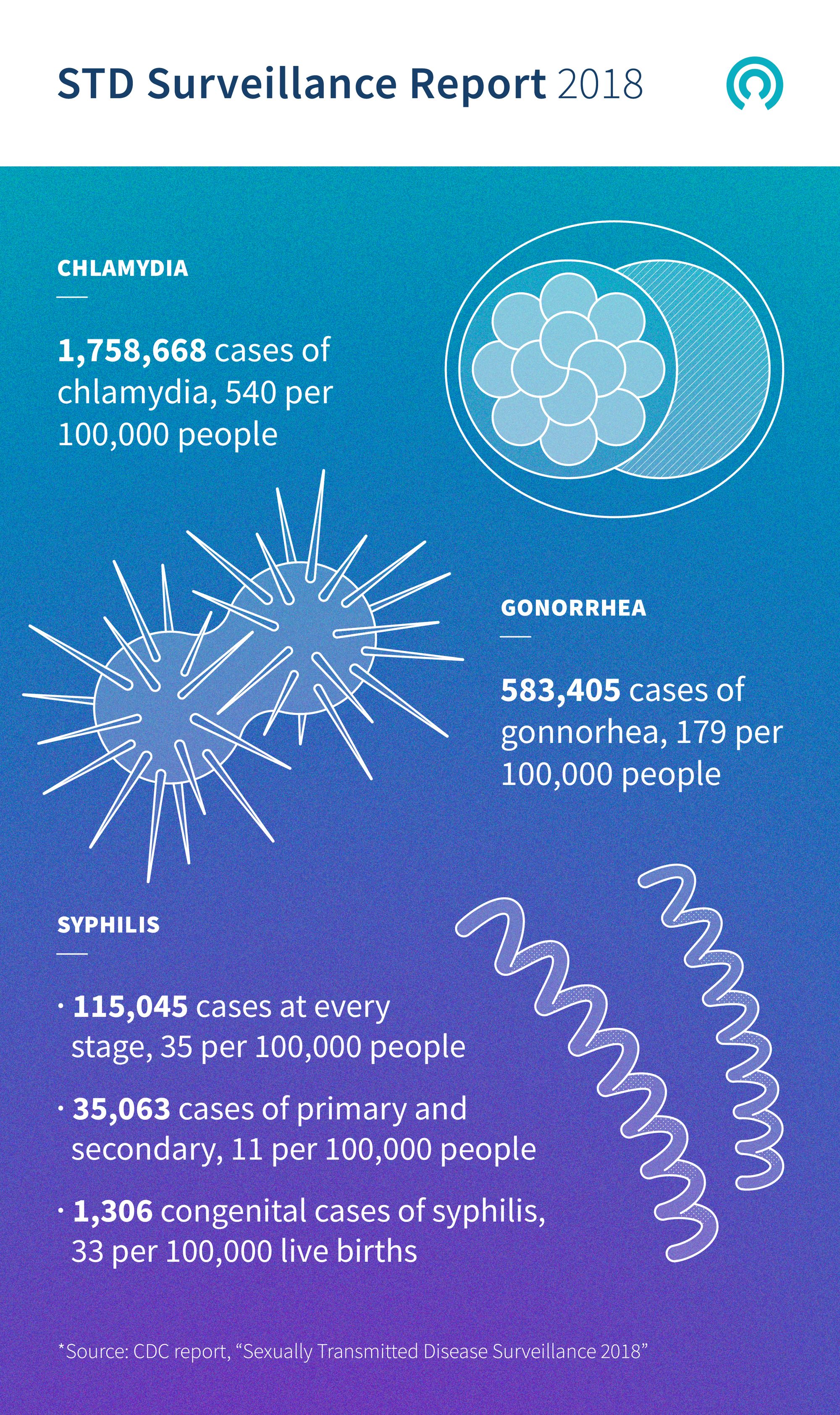 Why are STD rates rising?

According to the Centers for Disease Control and Prevention, there are a number of reasons that STD rates continue to rise including:

Findings from LetsGetChecked may also highlight why there is a worrying lack of sexual health knowledge among the public.

LetsGetChecked recently conducted a survey of 2,000 US sexually active men and women aged 18 and over with OnePoll and that found that 53% of respondents had not been screened for sexually transmitted diseases in the last year while19% of respondents have never attended a sexual health screening.

The survey by LetsGetChecked found that there is a worrying gap lack of awareness and knowledge among the public.

Some of the stand-out findings include:

Dr. Robert Mordkin, Chief Medical Officer for LetsGetChecked says “Taking responsibility for your sexual health is so important, not just for you, but for your partner(s), better education is needed around STDs and the serious, long-term consequences that may occur if they are left untreated. In the absence of sufficient sex education, people need to work to educate themselves and attend regular sexual health screenings.”

According to the LetsGetChecked survey, there are a number of things that would make respondents more comfortable when it comes to sexual health screening, including:

“The increasing epidemic of sexually transmitted diseases in the U.S. and further afield highlights the need for more screening,” says Dr. Robert Mordkin “That’s where we come in, with LetsGetChecked, people have the ability to test their sexual health status from home. We are passionate about making screening more accessible to our customers.”