What Is Lyme Disease?

Lyme disease is an infection caused by the bacteria Borrelia burgdorferi. Humans are exposed to Lyme disease when they are bitten by an infected blacklegged tick.

Let’s talk about some of the most frequently asked questions around Lyme disease.

What is Lyme disease?

Lyme disease is an infection caused by the bacteria Borrelia burgdorferi. Humans are exposed to this when they are bitten by an infected blacklegged tick.

The reported cases of Lyme disease have been increasing with about 30,000 cases reported each year for the past few years, though some reports say that there may be up to 300,000 cases per year.

Not all cases of Lyme disease are reported to the Centers for Disease Control and Prevention.

Part of this increased reporting may be due to increased awareness and testing for Lyme disease among healthcare providers.

The geographic range of ticks that spread Lyme disease is also expanding; this may be caused by climate change patterns, change in land use patterns and increasing suburban spread into previously forested areas.

What are the symptoms of Lyme disease?

Lyme disease can cause fever, headache, fatigue, and a red target like skin rash called erythema migrans. If the early infection is not treated it can spread to the heart, joints, and nervous system.

Read: The Signs and Symptoms Of Lyme Disease | Your Guide

What are the stages of Lyme disease?

Early localized disease usually occurs within one month following the tick bite. Typically the classic red target like skin rash, or erythema migrans, is present. Other symptoms such as fever, headache, and fatigue may also be present during this time.

The most common symptoms of nervous system involvement are headache, Bell’s palsy (drooping of the face), and shooting nerve pains in the arms or legs (radiculoneuritis). The most common heart involvement is a slowing of the electrical conduction system of the heart (heart block).

Late Lyme disease usually involves the joints, typically one or two large joints such as the knee. This can occur months to years after the initial infection, if it is untreated.

Can Lyme disease be passed from person to person?

Lyme disease cannot be passed from person to person through kissing, touching, sexual or other contact. Untreated Lyme disease in a pregnant woman may be able to cause infection of the placenta and cause problems for the fetus.

There is no evidence that Lyme disease impacts on life expectancy. Lyme disease that is appropriately treated has a good prognosis. 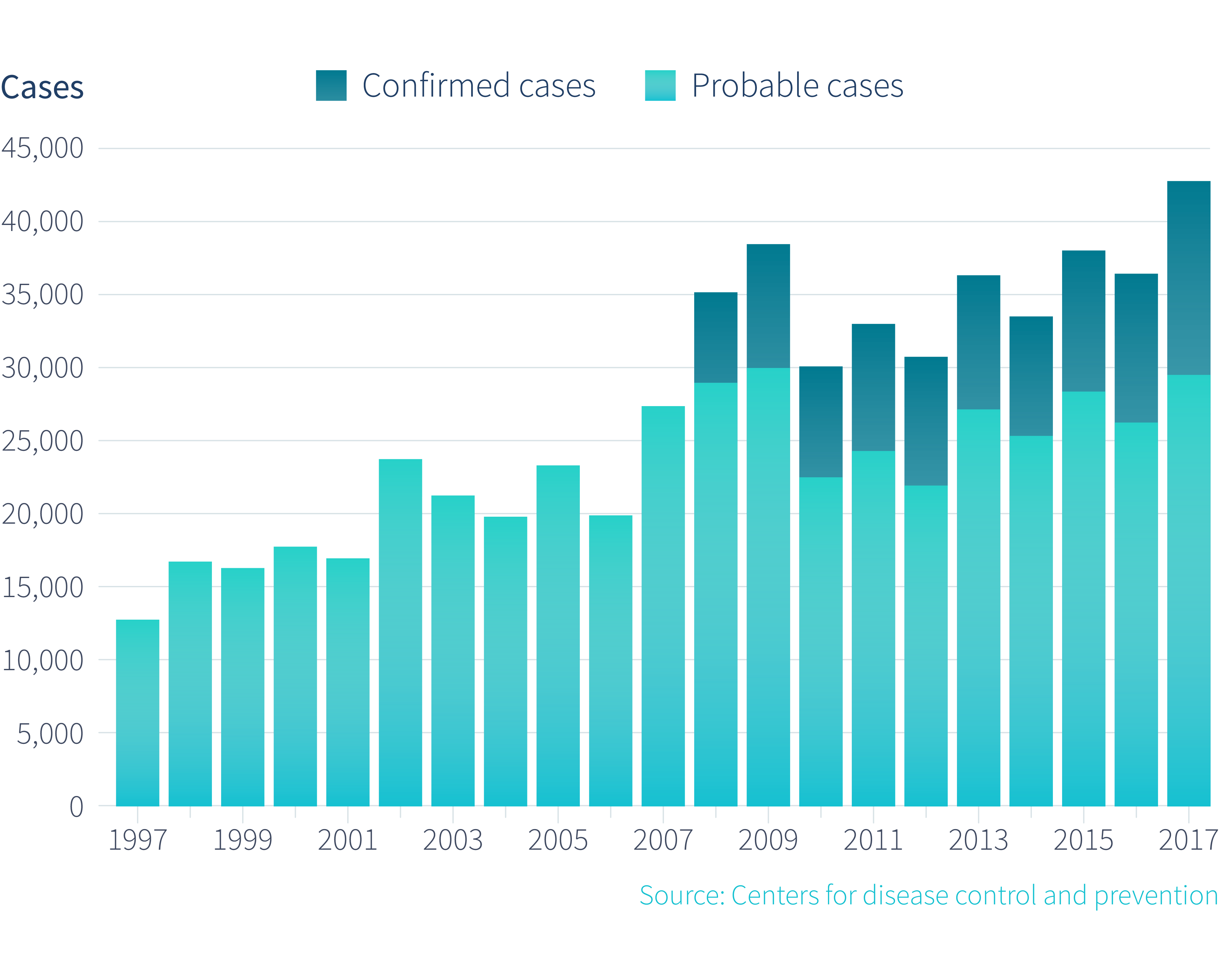 Can you get pregnant if you have Lyme disease?

There is no evidence that Lyme disease during pregnancy harms the fetus. If you are trying to get pregnant and have Lyme disease it would be important to treat this first as it may rarely lead to infection of the placenta. Pregnant women who are diagnosed with Lyme disease should get antibiotic therapy.

The vast majority of people recover completely after the recommended course of antibiotic therapy for Lyme disease. However despite appropriate treatment some people develop persistent non-specific symptoms such as fatigue, dizziness, brain fog, or body aches. In these cases there is no evidence that the Lyme bacteria is still present. Studies have shown that in these cases there is no difference in improvement if people are given a placebo or more antibiotics.

What should you do if you think you have Lyme disease?

If you have symptoms which you feel are related to Lyme disease it is best to be evaluated by a board certified infectious disease specialist to determine if you have active infection for which antibiotics would be helpful.

There are many supplements and alternative treatments for Lyme advertised for which there is no evidence of benefit. It is always important to ask about the source and purity of supplements as these are not FDA regulated. Prolonged courses of antibiotics, medications, or supplements can also be expensive and these may not be covered by insurance.

There is a lot of misinformation about Lyme disease and its treatment. Overall Lyme disease does not usually cause chronic or ongoing problems if treated.

Complications involving the joints, heart, brain, or nerves are uncommon. Death related to untreated Lyme disease has been reported in only a few people, this is very rare. If you are dealing with issues you feel are related to Lyme disease it is important to discuss your symptoms with a board certified infectious disease specialist to develop a personalized therapeutic plan and to seek information from valid scientific sources such as the CDC (Centers for Disease Control).