Sore Throat? The Truth About Chlamydia In The Throat

This week, LetsGetChecked talk you through how you can get chlamydia in the mouth and throat, along with the symptoms, treatment and how to avoid contracting chlamydia.

Having read this article, you will be more likely to stay clear from contracting a sexually transmitted disease in the first instance because with knowledge comes power, and that is what LetsGetChecked is all about. We want to empower you to take control of your health through providing you with the candid information you need to know when it comes to all aspects of your health, including sexual health.

First things first, if you receive a chlamydia diagnosis, try not to panic. Most sexually transmitted diseases can be treated as effectively as any other health condition with the use of antibiotics.

Secondly you need to ask yourself, do you have a sore throat or cough, that isn't being effectively treated with over the counter medication? It might be time to hear the truth about chlamydia in the throat.

Chlamydia is a sexually transmitted disease that is caused by the bacteria chlamydia trachomatis. Chlamydia is the most widely reported STD in the world, and is the second most common STD second to HPV.

Chlamydia can affect both men and women. If left untreated, it can cause fatal irreversible damage to female reproductive organs in the form of pelvic inflammatory disease (PID). PID can cause infertility through emerging scar tissue within female reproductive organs. In some instances, scar tissue may cause a partial or full blockage of the fallopian tubes, which prevents the fusion of the egg and sperm, thus causing infertility.

The CDC reports an increase in the incidence of sexually transmitted diseases year on year. 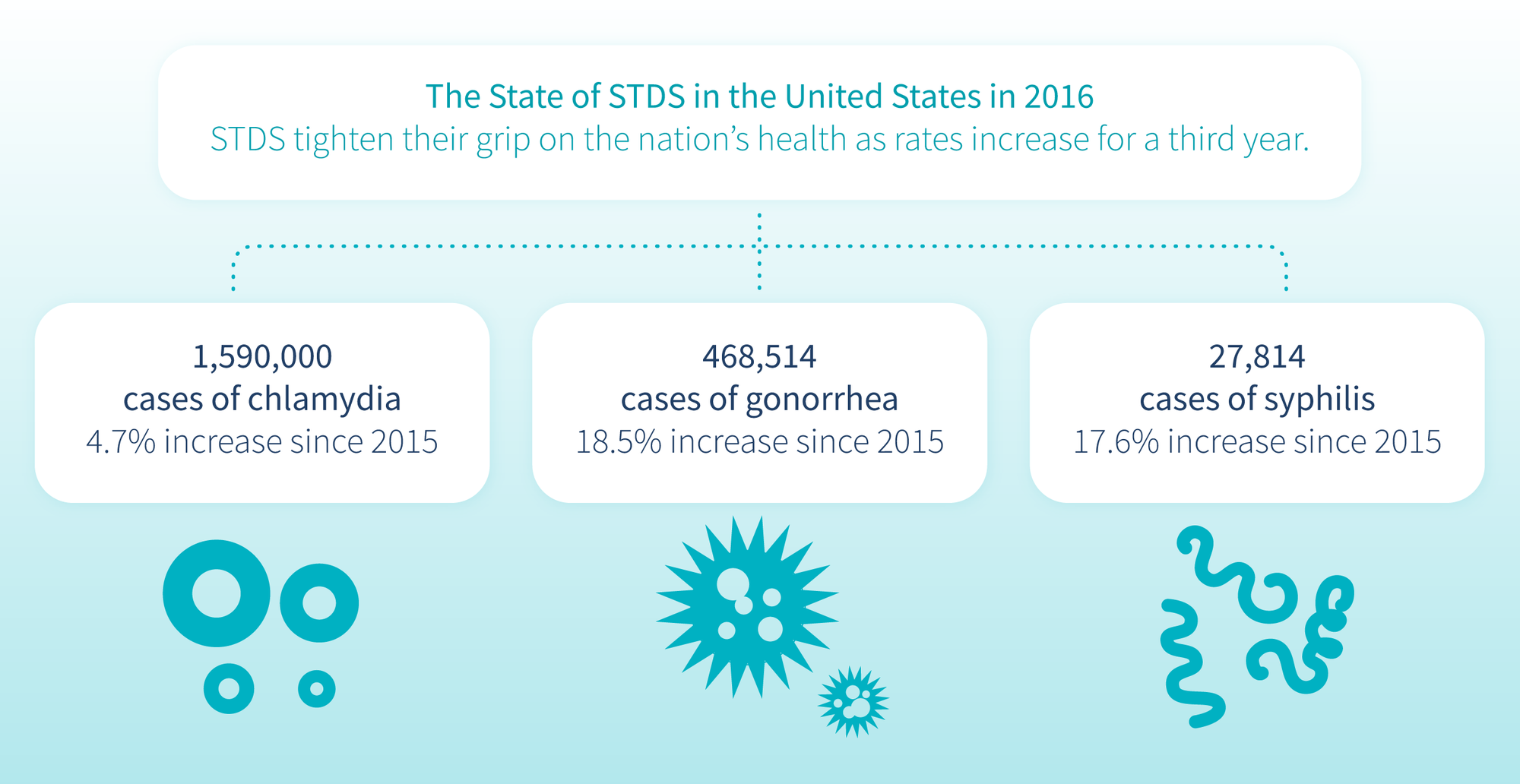 Chlamydia Trachomatis often targets cells which are not covered by skin. The bacteria often thrive on mucous membranes. Ideal surfaces for chlamydia trachomatis include the cells that cover surfaces of the vagina, the urethra, the throat and even the lining of the eyelid.

How Can You Get Chlamydia In The Mouth And Throat?

It is often misunderstood that you cannot contract chlamydia unless infected bodily fluids make contact with a partner's genitals. However, it possible to contract chlamydia in sex that results in a "dry orgasm", or sex that does not involve ejaculation.

There are some myths out there about how you can contract sexually transmitted diseases, so to put your mind at ease we have detailed some instances in which you will not contract chlamydia. 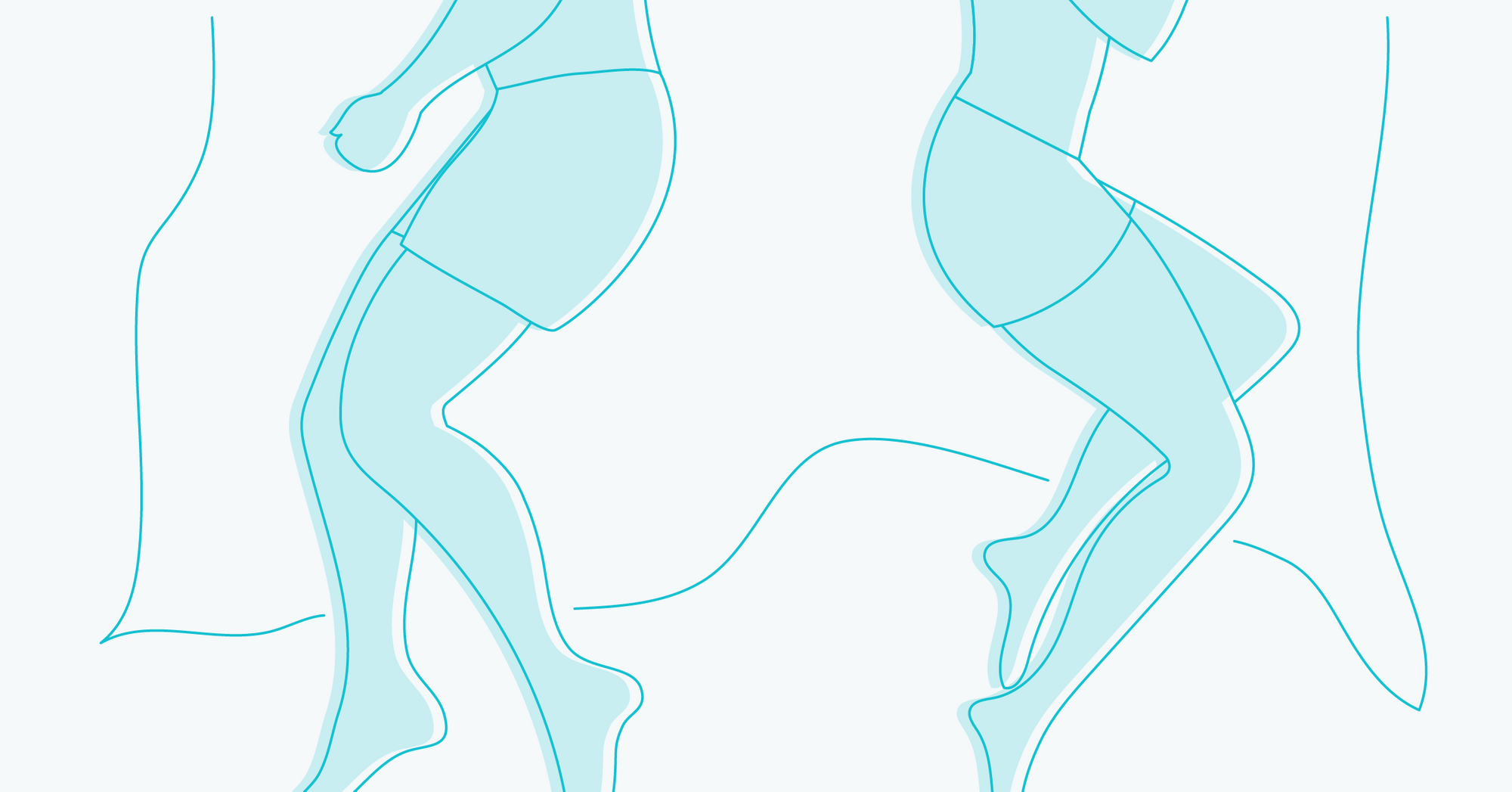 Chlamydia may be passed on by:

So how can you get chlamydia in the mouth and throat?

The most common way to get chlamydia in the mouth or throat is through giving someone oral sex who has genital chlamydia.

Next, we will discuss the signs and symptoms that you have chlamydia with a particular focus on the symptoms associated with chlamydia in the mouth and throat.

What Are The Symptoms Of Chlamydia In Women?

While the majority of chlamydia cases are asymptomatic. Women may experience symptoms including:

What Are The Symptoms Of Chlamydia In Men?

Men are also not likely to experience symptoms of chlamydia, however if they do, symptoms generally include:

What Are The Symptoms Of Chlamydia In The Mouth And Throat?

The CDC reports that 85% of sexually active adults aged between 18-44 years of age reported having oral sex at least once with a partner of the opposite sex.

The only way to ensure that you do not contract a sexually transmitted disease through oral sex is to wear a condom. Condoms are often disregarded during oral sex because there is no pregnancy risk attached to oral sex, in fact in one study it was found that the thought of safe sex and the implications of pregnancy associated with safe sex often acted as a turn-off for both me and women. One study found that:

If you do not use condoms during oral sex, don't beat yourself up, just know that you are at greater risk of developing oral sexually transmitted diseases. So what are the most common symptoms associated with chlamydia in the mouth and throat?

Symptoms of chlamydia in the mouth and throat include:

How Can You Treat Chlamydia In The Mouth And Throat?

95% of those who suffer from chlamydia will be treated effectively if they take antibiotics correctly following their diagnosis.

If you are given a one day course of antibiotics in the from of azithromycin, you should wait one full week before you have sex again.

According to the Centers For Disease Control and Prevention, those aged between 15-29 are at the highest risk of contracting chlamydia, or any other sexually transmitted disease.

In the latest CDC report, it is illustrated that 15-29 year olds account for half of all new STD cases. This equates to 10 million sexually transmitted disease cases in this demographic each year.

The below graph from the CDC illustrates the incidence rates of Chlamydia in 2016, illustrating that those ages between 15-29 experience chlamydia the most.

Should You Get Tested For Chlamydia?

Chlamydia of the mouth and throat can be identified through taking a chlamydia test.

There are a few variations of chlamydia tests on the market. These testing methods include: 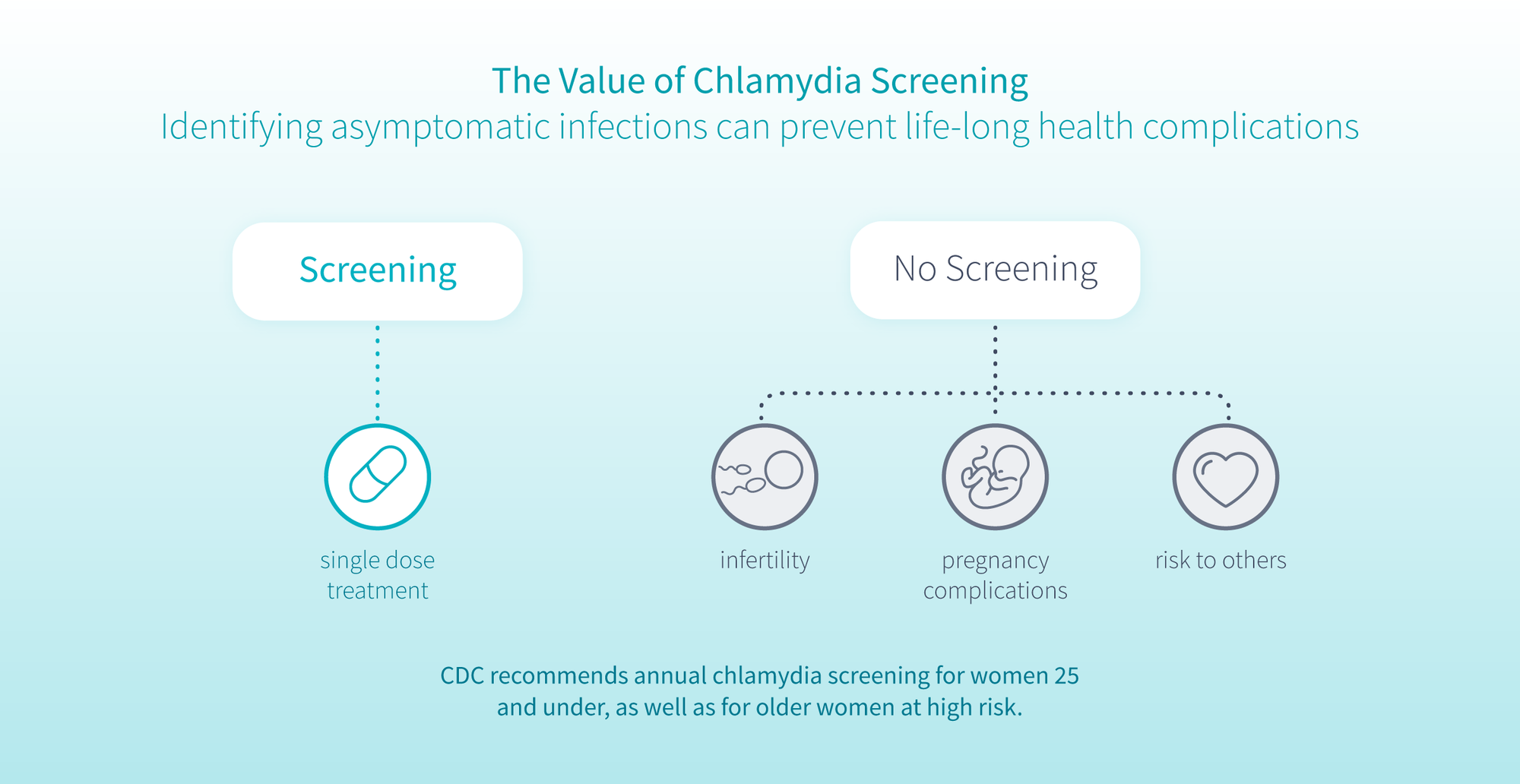 You should regularly test your sexual health regardless of whether your are experiencing symptoms associated with chlamydia are not.

You should take a sexual health test when:

It is important to note that most sexually transmitted diseases may take three weeks to present as detectable, in fact hepatitis B can take upto 90 days to become detectable. You must also remember that in the majority of cases, chlamydia does not present any symptoms.

There is nothing to be ashamed of when it comes to sexually transmitted diseases, however it is essential that you remember the importance of getting tested. After all, it's good to know.

Almost 50% Of U.S. Adults Don't Know How Often You Should Take An STD Test