In the lead up to Summer body season, you might need to ask yourself: are you overtraining? LetsGetChecked discuss the risks involved when striving for your Summer body becomes obsessive.

Social stressors may dictate a pressure to get in shape. People can feel the need to start a diet, a fitness plan or both. While it is recommended to eat a healthy and varied diet, and to do some form of exercise everyday, overtraining can have an adverse effect on both physical and emotional well-being. It's essential to know the risks.

Overtraining syndrome (OTS) is a condition diagnosed in athletes with decreased performance and fatigue triggered by hormonal, metabolic, immune and other dysfunctions. Symptoms present following a prolonged imbalance between overtraining and sufficient recovery.

Exercise releases feel good endorphins and dopamine, the same neurotransmitters are released during drug use.

While overtraining syndrome (OTS) is prevalent amongst athletes, it can affect anyone who exercises on a regular basis. The syndrome is not easy to diagnose due to the complex nature and the symptoms it presents. It is possible to test the body for physical symptoms of overtraining as natural reserves of testosterone, oestrogen and cortisol are disrupted after a prolonged period of excessive training and insufficient rest.

Ask The Experts About Overtraining 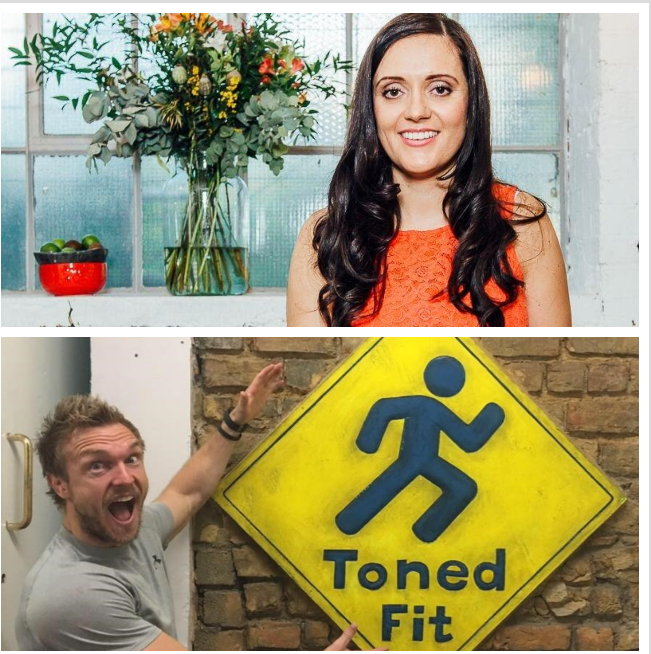 LetsGetChecked is joined by Angelique Pangos, a nutritional therapist and Ronan Murphy, gym-owner and former director of strength and training for Suttonians RFC.

Do you think people are at a higher risk of overtraining leading up to Summer?

Ronan: Yes I think they do, they put themselves under a lot of pressure. I think women in particular put themselves under a lot of pressure. 70% of my clients are females and I find they get more emotionally attached to how they look whereas men are more interested in the functionality of what they can do. Facebook and Instagram are big players in comparison, they want to get to that level even though they know it’s not real.

What does overtraining do to the body?

Angelique: You become nutritionally depleted. Your metabolism is disrupted by your adrenal glands. Over-training interferes in sex hormone production. Things someone might notice include: worsened PMS, more irritability, elevated testosterone symptoms and acne.

Over-exercising can lead to cortisol depletion leaving us in a chronically stressed state.

Ronan: Overtraining and undereating are the biggest issues. People might come in and do the same exercises everyday but they can’t do them everyday if they’re not getting the right amount of nutrition, hydration and rest. It’s more of an issue of under recovery as opposed to over-training. It causes the nervous system to go into overdrive.

Do you think overtraining is a physical or psychological manifestation?

Ronan: It’s psychological. The body craves endorphins like a drug user would crave a hit. After the gym, they’re walking on clouds but in the long run, they’re doing themselves harm. In most cases they get injured and they’re forced to take time off. In women, you often see differences in their hair, skin and nails when they haven’t given their body a chance to recuperate. The hair is greasy and looks dead. Nails are yellow and the skin is spotty.

Some people who over-train still won’t actually lose weight..in fact they may put some more weight on. Can you explain this process?

Angelique: The nutrition part is so important. You see people who didn’t eat for long enough going to work-out. People sometimes replace their energy stores with sugary sports drinks. This doesn’t offer them the nutrients that food does but those products are generally packed with sugar.

A simple description of this replacement is as follows:

Cortisol breaks down sugar stores in the body. Insulin then comes in to rectify this because the body can only handle a certain level of blood sugar. Insulin begins to store the excess sugar as fat if you’re eating a diet that is high in refined sugar,

Ronan: When your cortisol levels go up, your muscles become inhibited and you hit a plateau. If you’re hammering away and not recovering, the muscles will never increase in strength. It’s like flogging a dead horse. The body is trying to get rid of cortisol and cortisol is the biggest inhibitor of muscles. People think to themselves “but I feel great after my session” when they leave the gym, this is the rush of feel good endorphins that is making them feel better in the short-term.

How can someone begin to overcome overtraining syndrome?

Ronan: Rebalancing the body with nutrition, hydration and rest is paramount. Occupy yourself.

Take yourself out of the situation but don’t do anything physical.

Read: Stressed Out? The Dangers Of High Cortisol and Stress