The Signs & Treatment Of Colorectal Cancer

The majority of people know that chemotherapy is associated with cancer treatment but few could explain what the reality of chemotherapy feels like, unless they had been through it themselves. This week, LetsGetChecked is joined by Walter Hickman who experienced 12 rounds of chemotherapy following surgery to remove a cancerous tumor from his intestine, in the hope of shedding light for what it feels like to have lived with colorectal cancer, and chemotherapy. 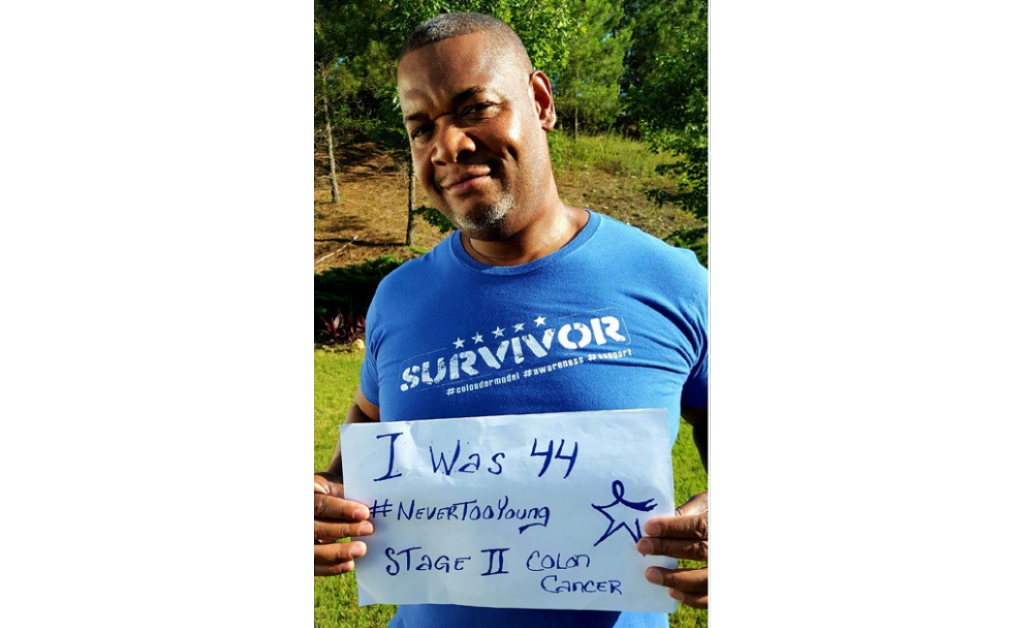 Walter suffered from Stage II colorectal cancer with a tumor that had grown to the size of a grapefruit, his doctor says that he had this tumor for six years before his diagnosis.

What was happening in your life in the lead-up to your colorectal cancer diagnosis?

It was around the time that there were so many campaigns about prostate cancer screening. I noticed that the configuration of my stool changed, it was coming out looking like a submarine but it used to look like a canoe, I thought it had to be something to do with my prostate, I didn’t even know I could get colorectal cancer because I never heard of it. When I went to the doctor, she said your prostate is fine but I didn’t tell her about my stool, now I know that I should have.

What symptoms did you experience?

After my first visit with the doctor, I went about my business for another year. I was experiencing symptoms.

Nothing was evacuating from my bowel, everytime I ate I had severe severe cramps but I never had any visible blood in my stool in fact I never had any type of bleeding but it got to the point where nothing was coming out even if I took laxatives.

"I don't want to generalize but a lot of us men will just keep moving if we can live with the pain because we feel like we’re too busy, and we’ll procrastinate as far as our health is concerned."

What happened when your symptoms became debilitating?

It got so unbearable, I knew I needed medical attention. I remember Urgent Care was closed at the time and I was in such bad shape, I couldn't wait 30 minutes to be seen. The doctors said they would have to run tests. They thought I had food poisoning by the way I was describing the pain and pumped my stomach. That's when they did the X-rays and, when they got them back, they saw the spot on my colon.

The doctor came back in, and the funny thing was, she was tearing up. She was the one crying. She said

"We need to check you into the hospital and we’re going to attack it as if it’s cancer."

I'll never forget the way she presented that bad news to me because I still had hope that it wasn’t cancer. That gave me hope and that softened the blow, the doctor wasn’t 100% sure but she was up in the high 90s and I still had that little shimmer of hope.

What next steps did you have to take with your medical care?

The doctors wanted to get some of that blockage out of the way, it wasn’t a true colonoscopy until they had a clear view of my intestine. They gave me something called go-lightly, I hadn’t eaten in 4 days and instead of it pushing things out, it all came up the wrong way. Talk about humiliation. I had just gotten married in September 2012, and this all happened in February so it was a big shock to both my wife and me.

"I’m in the hospital room bathroom, throwing up and, I was at my lowest point but also one of the highest points, because all my wife would do is pick me up, and put me in the shower.

When they did a biopsy and it came back inconclusive. They were able to measure the tumor and it was the size of a grapefruit.

How did it feel to find out you would need to undergo a big surgery based on the size of your tumor?

They said "We need to cut you six inches from your sternum to your navel. You’re going to be on your back for three months."

I wasn’t scared of the procedure I was scared because I had started a new job and I have people that rely on that paycheck. I didn’t want to be fearful or depressed. I remember just trying to think about how many more sick days I had left.

What happened on the day of the surgery?

I didn’t give myself time to dwell on the fear. The day of my surgery, they ran a few more tests, and took my blood. Prior to the big surgery, there were several smaller surgeries to flush myself out take my potassium level down.

They had to put a stent in my colon, so things could flush through. I was drinking go-lightly, which is electrolyte is used to clean out the intestine. It was torture, it was so bad. I was at the point where I told my wife I couldn’t get myself cleaned out and I needed a colostomy bag.

"That's when she turned into my football coach. She was screaming in my ear saying "drink it! drink it!"."

What is your first memory of waking up post-surgery?

When I woke up, my first conscious recollection was standing up. The nurse was trying to talk to me but I just thought that if it was going to be bad news, I wanted to receive it from my wife. I don't think the anesthesia had worn off but when my wife came into focus, she told me everything was okay.

In the time between going home and surgery, the doctor saw that my grapefruit sized tumor shrunk to the size of an egg! It was some sort of a a divine intervention.

The funny thing about it is after talking to my surgeon post op, he said "Walter, judging by the size of tumor it had to be in your body for six years." 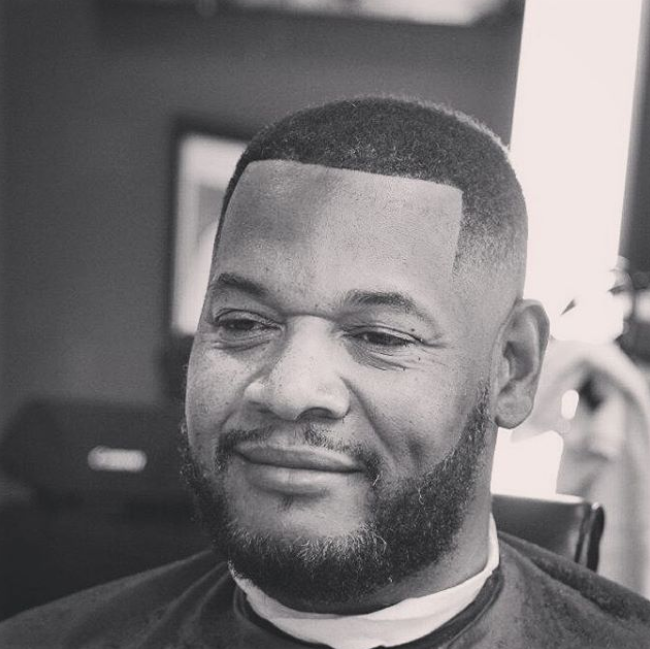 How was the recovery process following the surgery?

That next day I’m walking up and down the halls and I’m faced with a decision to get chemo - the cancer was gone but because of my family history and biomarkers, I had an 87% chance of developing cancer again, they said if you take 12 rounds of chemo, my chances would be less than 1%. I couldn't put my wife through all of that again. I needed to get the chemo.

Most people know what chemo is, but few know what it feels like. Can you describe it?

Everyday you go in for your infusion and you drink a whole glass of something that tastes like metal.

This metal makes you weak, it makes you sick and sometimes it will put blank spots in your brain.

It’s a real thing, your brain is in segments and in each one of these segments, you have information that needs to be reworded. You can't think of the word "paper" because of "chemo-brain."

It’s very scary, it’s like you’re in a horror show, everything tastes nasty, you’re not "sick-sick", it's just like before you get the flu, it feels like that, throughout the whole process.

"You can’t touch cold things because it puts a shock through your whole body - it’s almost like being a two year old, you have the attention of a two year old- you’re just walking through life and hoping that the person who takes care of you can, because you can’t take care of yourself."

What effect did colorectal cancer have on your overall health?

You lose hair, you get skinny, your skin tone is a foreign colour, you have that sunken death look where skin is just over your skull. I’m sitting there full of fear and there’s a row of recliners.

"I’m sitting over there in a puddle of self-pity."

One day I was sitting there and a man with the same infusion as me says "How are you doing young fella?" I mournfully told him that I had stage II colorectal cancer. He replied and said, "you're blessed, I have to do this for the rest of my life, I don't have a colon."

What advice would you give to someone who is about to undergo chemotherapy?

During this time, I think it's important to start taking on more responsibility and trying to stay away from self-pity. You need to try to be the best you can with what you have.

I had to quit feeling sorry for myself because I was lucky to be taken care of. One guy I met in chemo wrote a book of poetry. To be able to get published and be creative enough throughout that chemo process is amazing. For me, it was a struggle to do simple tasks, it was a struggle to have conversations.

I consider myself lucky, since treatment, I have become part of the Colon Club I'm
part of the activism that talks to senators and congressmen in the hope of getting funding for the NIA and from the CDC to make treatment more affordable.

"You need to be outwardly focused and not focus on your own misery and pain."

What Is Colon Cancer? Find Out More With Dr. Dominic Rowley

Should You Get Tested For Colorectal Cancer?

In the U.S, the recommended screening age has dropped from 50 years of age to 45 following guidelines published by the American Cancer Society.

According to research carried out by The American Cancer Society, there has been a 2% increase year on year in the number of colon cancer cases in the 20-39 year demographic.

Should you get tested for colorectal cancer? There are a number of variables that should motivate you to get tested.

You should get tested for colorectal cancer if:

If you are experiencing symptoms, do not ignore them. If you see blood in your stool, seek medical attention as soon as possible. It could just save your life.

With special thanks to Walter Hickman for sharing his story, written by Hannah Kingston | Medically Approved by Dr. Robert Mordkin

How Can You Screen For Bowel Cancer From Home?

What are the Risk Factors Associated With Bowel Cancer?

What Causes a Change in Bowel Movement?