What Is Estrogen and Estrogen Function?

Estrogen is a female sex hormone. Estrogen is widely defined as “a group of sex hormones that promote the development and maintenance of female characteristics in the human body.”

Let’s break this definition down by classifying the role that estrogen has in the body.

Estrogen is a hormone. Hormones are chemical messengers that stimulate certain actions in various organs and tissues.

Estrogen could therefore be described as a chemical messenger that travels around the body to encourage action that will promote the development of certain female characteristics and female-specific processes such as the menstrual cycle, pregnancy and more.

Estrogens are a group of hormones that are responsible for the development of a number of key female characteristics and functions.

Estrogen is primarily produced in the ovaries, two grape-sized glands located close to the uterus (womb), with smaller volumes being produced by fat cells and the adrenal glands.

Estrogen ensures healthy reproductive development in women, as well as the development and maintenance of other parts of the body.

Despite estrogen being called a “female hormone”, it also exists in men, just as small volumes of circulating testosterone exists in women.

We mentioned earlier that estrogens are a “group” of female hormones, what we mean by this is that the female body makes three different types of estrogen.

Each type of estrogen is connected due to the fact that they are chemically similar to one another.

These estrogens are called estrone, estriol and estradiol.

Estriol is the weakest form of estrogen in the body. Estriol is found in its highest volumes in women who are pregnant.

Estradiol is the strongest form of estrogen in the body and is found in its highest volumes in women who have already lived through their first menstrual cycle. Estradiol is also commonly used in certain supplements and therapies that are administered to women during hormone replacement therapy (HRT).

Estrogen plays a role in stimulating specific processes and functions in females and to a lesser extent in males. 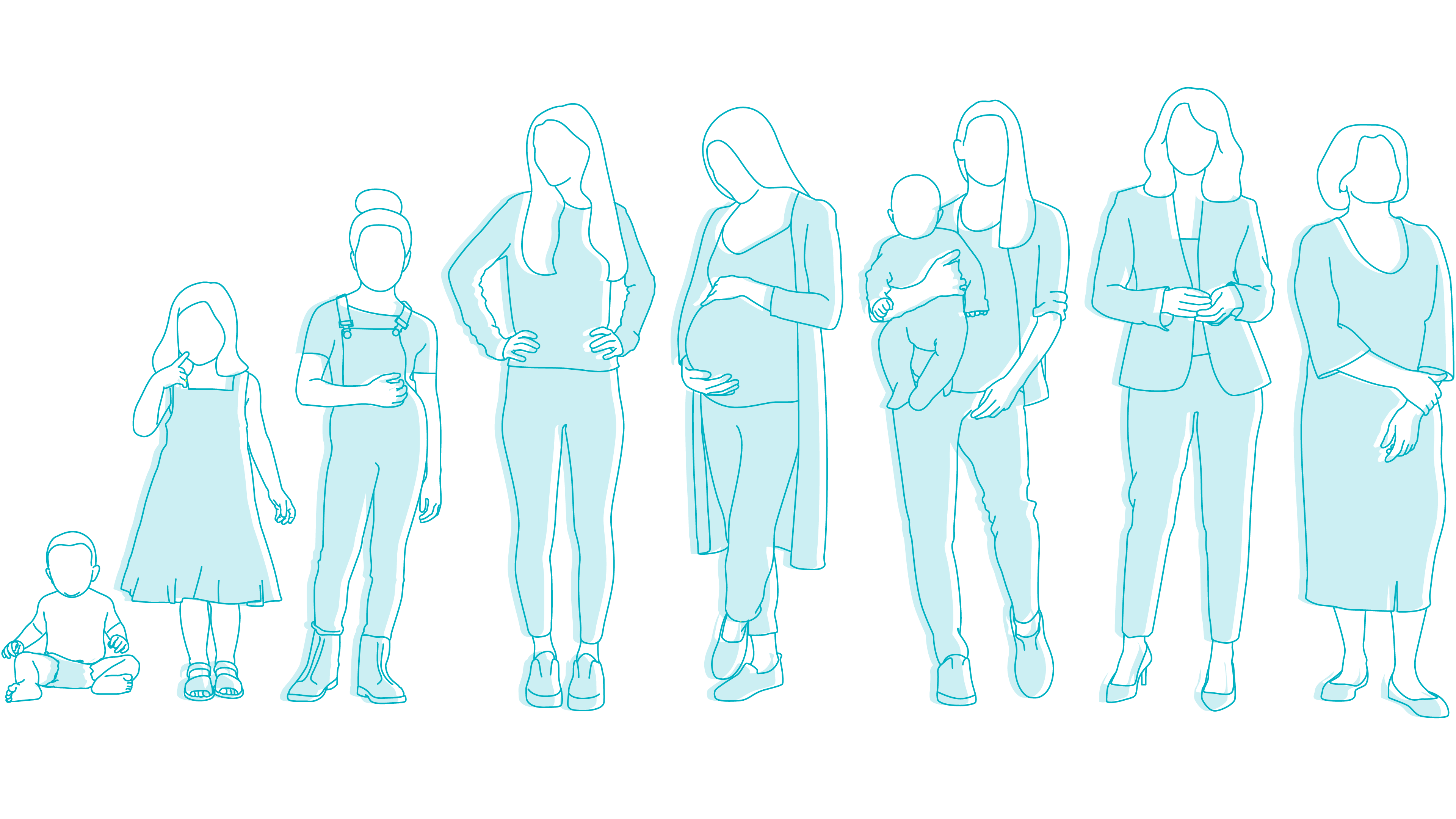 What Is The Function Of Estrogen?

The function of estrogen includes:

Let’s start from the top of your head and move down to the tip of your toes.

Skin
Estrogen is responsible for collagen content in the skin, including the thickness of the skin, the skin’s smoothness and its overall appearance. These findings have been documented through the use of estrogen products in postmenopausal women.

Studies have shown that estrogen plays a role in the repair and maintenance of skin through its power to speed up healing in the form of cytokine production, cytokines are proteins produced by the immune system. Estrogen is also involved in the production of collagen which maintains skin thickness.

Bones
Estrogen plays a role in the “fusion” of epiphyseal growth plates in both females and males. It has been acknowledged that in the younger generations, those with an estrogen deficiency are more likely to experience decreased bone mass, reduced bone strength and a disturbed “bone architecture.”

Weight
Many women report that changing estrogen levels affect their weight, particularly around menopause. They may notice that they are gaining weight, or that it is more difficult to lose weight.

Estrogen plays a role in body weight. Females and males are generally on an even playing field up until puberty. When estrogen levels begin to increase in women, they are likely to put on weight through the widening of the hips and the development of breasts. Fat distribution in women is also more likely to target the stomach and thighs. Men on the other hand will begin to develop high volumes of testosterone which will lead to the development of muscle and a higher muscle to fat ratio, meaning that men are likely to carry less fat.

Estrogen is most likely to affect your weight as you age due to the fact that estrogen actually decreases. A number of variables such as the loss of muscle mass, the increase of visceral fat (the fat surrounding internal organs) and a decrease in physical activity, which is common in older age all contribute to weight gain and estrogen has a role to play in this.

Brain
Estrogen encourages the repair and development of healthy receptors in the brain which encourage neurotransmitters (chemicals released by the brain) to engage with them in an optimal way. In simpler terms, it has been proven that estrogen makes communication in the brain easier by boosting the number of connections that brain cells make in the brain.

Estrogen is said to have a protective effect on the brain by increasing blood flow, preventing inflammation and stimulating synaptic activity, which promotes overall brain health.

Mood
Mood changes can be attributed to estrogen because estrogen stimulates the production of serotonin and the associated receptors in the brain. Serotonin is a neurotransmitter that plays a role in regulating our mood, behaviour, appetite and digestion.

Estrogen is said to also boost levels of oxytocin and dopamine which play a significant role in our feelings of well-being and calm.

It’s important to remember that too little estrogen may be equally as damaging as too much estrogen, and that there is no gold standard for one woman’s volume of estrogen, it may change drastically from person to person, but consistently, the research shows that women are more likely to experience mood disturbances during their reproductive years when estrogen is liable to spike and plateau in comparison to after the menopause when estrogen is at its lowest.

Breasts
Estrogen plays a role in the size and shape of your breasts from your first period to your last. Estrogen encourages the growth of healthy breast cells, it is also responsible for swelling and soreness during your menstrual cycle.

During your menstrual cycle, estrogen also stimulates the growth of milk ducts in preparation for pregnancy. Estrogen also forms unique relationships with other hormones such as prolactin, which is required for milk production.

Estrogen will play a role in the growth of the breasts during puberty, the shape and colour of the nipples, the beginning of milk flow during pregnancy and the cessation of milk production when breastfeeding is no longer required. .

It has also been hypothesized that as estrogen stimulates the production of breast tissue, those are living with estrogen dominance have a higher likelihood of being diagnosed with breast cancer in their lifetime.

Estrogen levels generally decrease to allow for the shedding of the uterine(womb) lining. This is necessary for a period to take place. These hormonal fluctuations can lead to a shift in the body's water-salt balance which can cause bloating and a swollen stomach.

Fluctuating levels of estrogen and to a lesser extent progesterone in the days leading up to your period may affect some of the hormone receptors in your stomach and small intestine which then leads to bloating and flatulence.

Reproductive Organs
Estrogen plays its most integral role within the reproductive organs by regulating the menstrual cycle, controlling the growth of the uterine lining, which is shed during menstruation, blood clotting, and the development and maintenance of the vaginal walls. Estrogen also stimulates vaginal lubrication ahead of sexual intercourse, one of the most notable symptoms in women with estrogen deficiency is vaginal dryness.

Let’s take a more specific look at the role that estrogen plays within the reproductive organs.

Ovaries
Estrogen stimulates the growth of the ovarian follicles that release the egg during the menstrual cycle.

Fallopian tubes
Estrogen develops and maintains the cilia (hairs) which are present on the cells lining the walls of the fallopian tubes They are involved in the transportation of eggs and sperm.

Uterus
Estrogen is involved in building and maintaining the membrane that lines the uterus (endometrium). It is also required to ensure a healthy blood supply is available to a growing foetus should successful conception occur.
Estrogen stimulates the contractions that will lead to the shedding of the uterine lining during the menstrual cycle and contractions during labor.

Cervix
Estrogen plays a role in successful conception by controlling the uterine secretions that encourage the movement of sperm to an egg, enabling fertilization.

Vagina
Estrogen stimulates the growth of the vagina to adult size, thickens the vaginal walls and encourages the production of healthy bacteria to fight infection.

Have any of the functions of estrogen highlighted symptoms that you may be experiencing on a day to day basis to you?

Taking a Female Hormone Test can offer insight into where you are with your estrogen levels and whether they may be causing unpleasant day-to-day symptoms.

Read: What Is Estrogen Dominance?