Can STD Symptoms Appear The Next Day?

One of the most common questions I get asked during clinic visits is “can STD symptoms appear the next day?” Unfortunately, it’s not the most straightforward of questions. In reality, each sexually transmitted disease can have a different set of symptoms, varying incubation periods, and of course - everyone’s experience with certain infections can differ!

Below are just some of the suggested incubation periods for common STD symptoms to appear. Bear in mind, each and every sexual health case is different, so these time periods are subject to individual circumstances and may differ case by case. 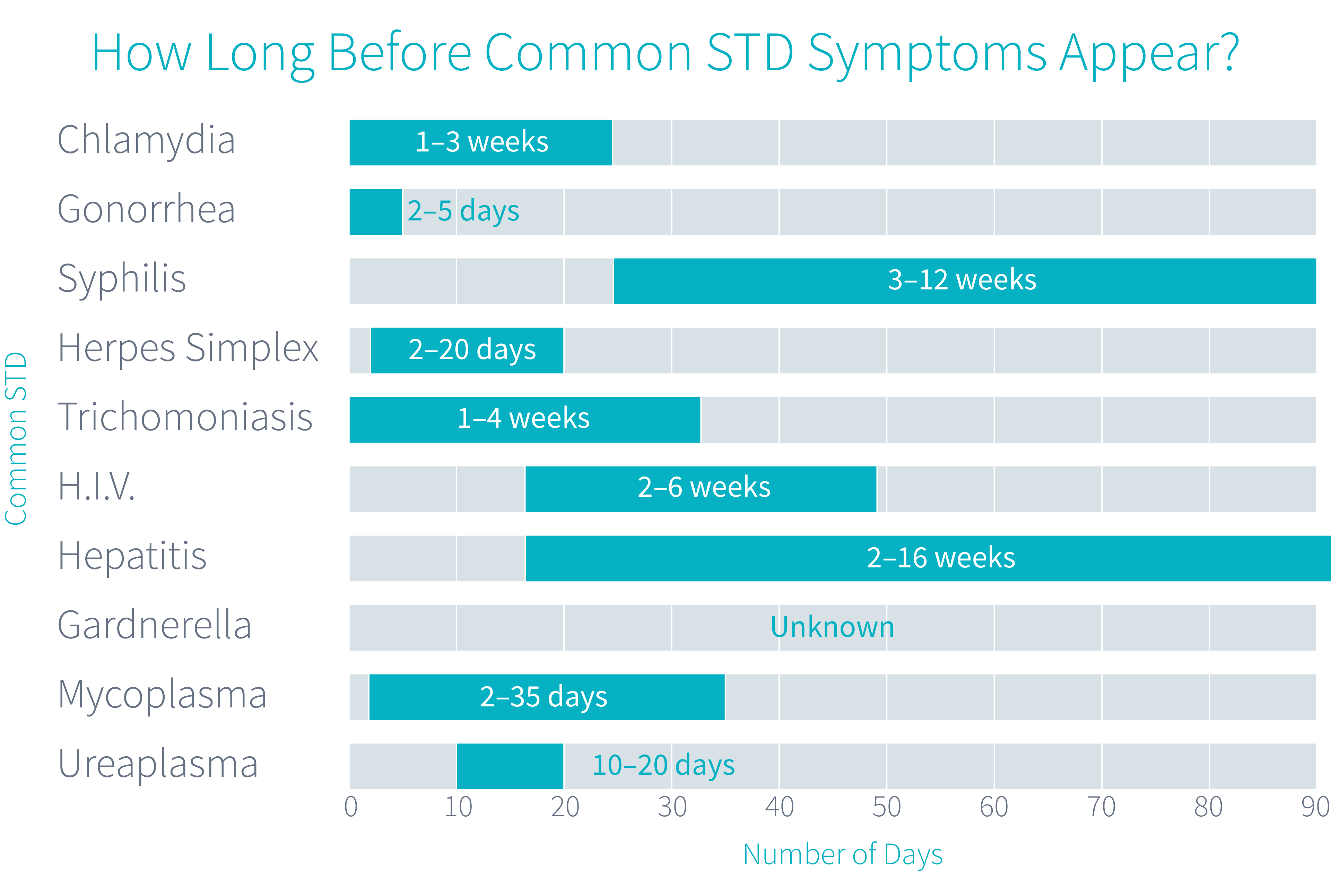 If you are presently concerned about either your own or someone else's sexual health, a home STD test can identify common sexually transmitted infections.

Can STD Symptoms Appear The Next Day?

It is possible for STD symptoms to appear the next day, but it largely depends on the sexually transmitted disease you have been exposed to, as well as the severity of symptoms your sexual partner is experiencing. However, the likelihood of waking up the day after the night before with very noticeable or extreme STD symptoms is low.

There are a number of sexually transmitted diseases that may have early signs and symptoms. These include two of the more common infections, Herpes & Gonorrhea.

The symptoms of herpes may appear within 24-48 hours following contact. Have you ever kissed someone with a cold sore and woke up the next day with an annoying blister on your lip?

Both HSV I & II strains may cause genital herpes. 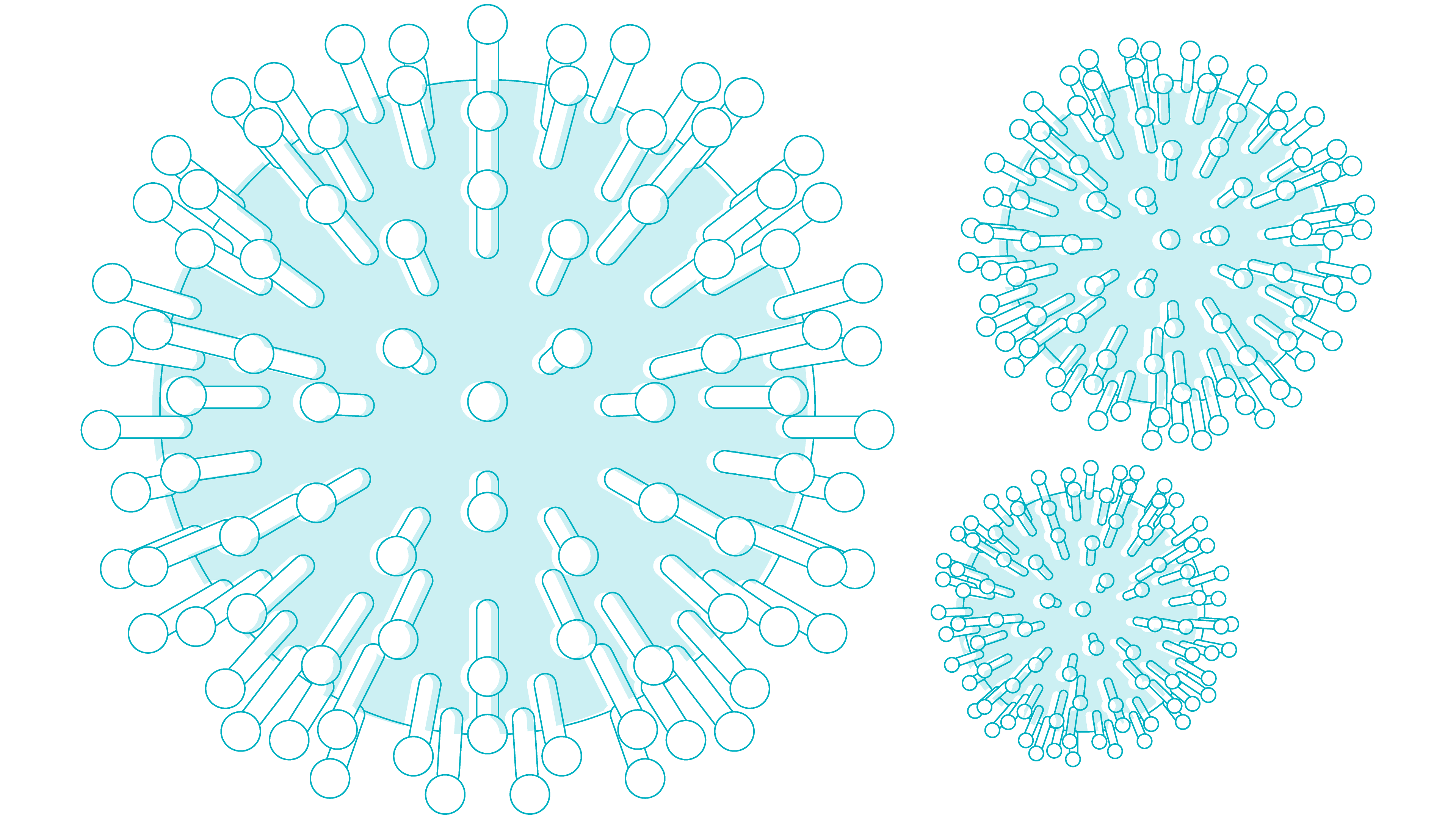 Related article: Can Herpes Go Away On Its Own?

The symptoms of gonorrhea may also appear within 24-48 hours following contact. The most common sign of gonorrhea is a thick, cloudy or bloody discharge from the penis or the vagina.

For that reason, gonorrhea is often referred to as the “drip”, it is also commonly known as the clap.

The symptoms of other common sexually transmitted diseases will generally take a little longer to become apparent. These include chlamydia, syphilis, mycoplasma, gardnerella, trichomoniasis, hepatitis B&C, H.P.V. and H.I.V.

Taking a test is the most effective way of dicovering whether you have a sexually transmitted infection or not.

Related article: Chlamydia and Gonorrhea: How to Know The Difference

What Are The First Signs Of An STD?

The most common first signs of an STD include:

The first signs of an STD depends on the type of STD you have contracted. Some sexually transmitted diseases may show signs and symptoms the very next day, others can remain dormant for years.

STDs that may show signs and symptoms soon after exposure include herpes and gonorrhea.

Chlamydia, which is the most commonly reported sexually transmitted disease, may be reactive the next day; however, chlamydia has the ability to remain dormant for years.

H.P.V. is another good example of a sexually transmitted disease that can either present with symptoms early, including warts, or it can remain dormant for years in cases where the body has not been successful in fending off the virus.

Related article: What Happens When You Leave an STD Unchecked?

The symptoms of gonorrhea can become apparent 24-48 hours following exposure in some cases. However, in most cases, it will take 2-5 days. In other cases, it may take up to 30 days for symptoms to become apparent.

The symptoms of syphilis generally take upto three weeks to develop. In some cases, it can take up to 3 months (90 days to notice symptoms. The side effects of untreated syphilis over a substantial period of time can take years to present themselves.

The symptoms of H.I.V generally take 2-6 weeks to become apparent following initial infection. In some cases, the infection can take years to develop, which is why screening is so important, especially if you are in the high risk group.

The symptoms of hepatitis generally take 2 weeks to 4 months to become apparent depending on the type of hepatitis and the means through which you contracted the virus.

Gardnerella (a.k.a bacterial vaginosis or B.V.) is a bacterial infection in which the flora of the vagina becomes imbalanced due to lactobacillus bacteria. Men are also opening to contracting gardnerella. As it is not fully understood how sufferers contract the virus, it is not fully understood how long it will take for the symptoms of gardnerella to develop.

The most accurate way to know if you have contracted an STI is to take a test - you can do this with your local doctor or from the comfort of your own home with LetsGetChecked’s range of at-home STI tests.

You should consider getting tested if: