The U.S colorectal cancer screening age is set to lower following new research carried out by the American Cancer Society.

The globally recommended screening age for colorectal cancer screening falls between 50 and 75 years of age using a colonoscopy every 10 years or flexible sigmoidoscopy every 5 years.

The rate of development in each country largely impacts on the level of awareness, subsequent screening and survival rates.

The American Cancer Society (ACS) recommends that the average age of screening is reduced to 45 years of age due to the prevalence of the disease amongst those in their early 40s in recent years.

This follows a report that predicts that 140,000 Americans will be diagnosed with colorectal cancer in 2018, with an expected 50,000 people predicted to die from the disease in the same year. Between 1994 and 2014, there was a 51% increase in the number of colorectal cancer diagnoses in those aged under 55. 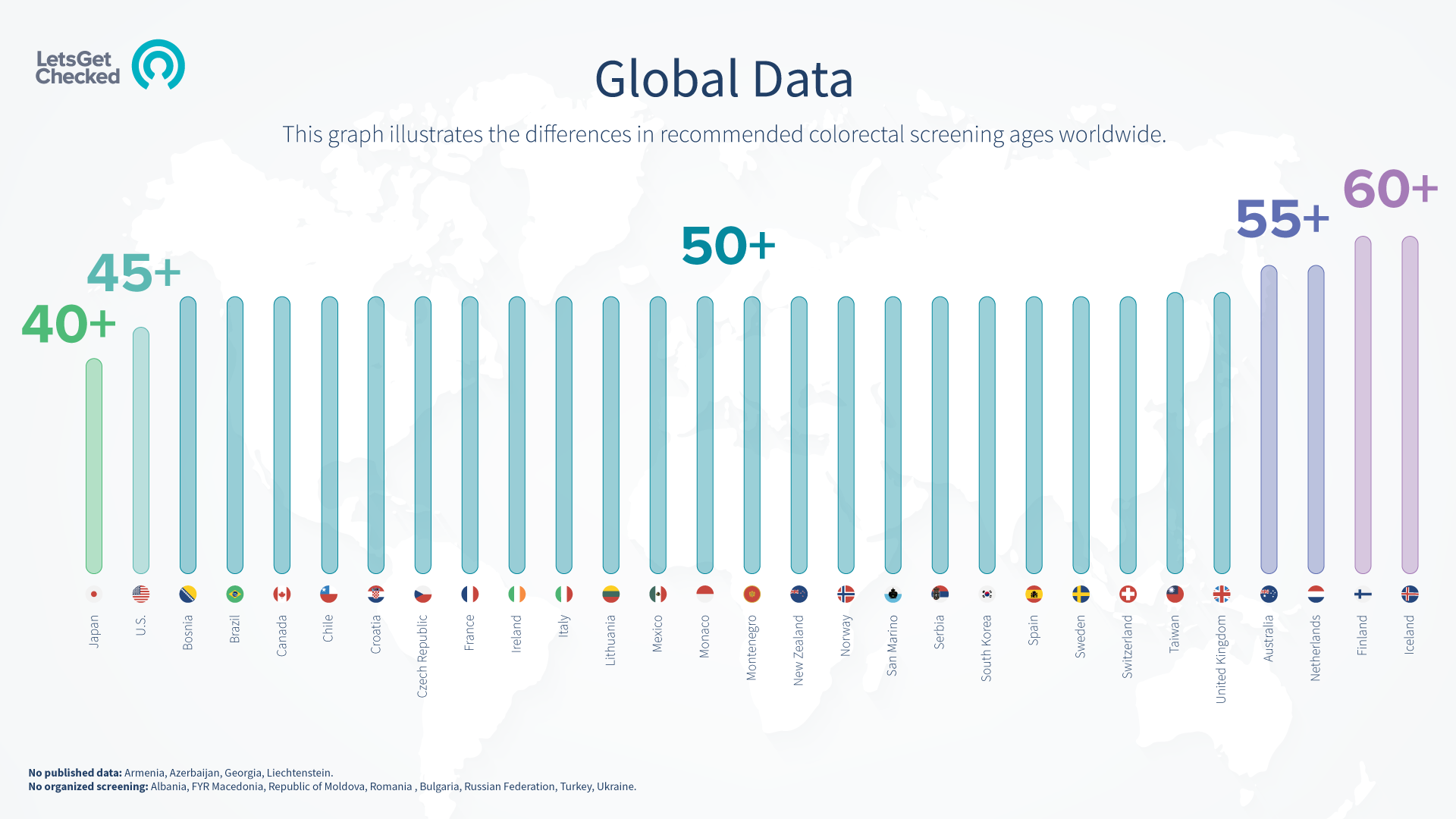 The analysis of global data shows that there is a proportion of countries who exhibit a poor or non-existent quality of medical data, while other countries do not provide screening programmes to begin with. Unsurprisingly, all data shows that the higher the awareness and quality of the screening program, the lower the mortality rate by colorectal cancer.

The American Cancer Society states that the there is a growing incidence of colorectal cancer among demographics known as Gen X and millennials. Their study reports a steady increase of 10 new cases of rectal cancer being diagnosed in patients under the age of 55, doubling the proportion of cases in 1990.

Colorectal cancer is the second leading cause of death by cancer in the U.S. Colorectal cancer has the highest incidence and mortality rates among African Americans, American Indians and Alaska Natives. Among these racial groups, the ACS previously recommended earlier screening but the group are now extending this recommendation to all races due to the higher prevalence of colorectal cancers among younger demographics.

Colorectal cancer is widely known as a “lifestyle cancer” as drinking alcohol, smoking and a poor diet heavy in processed foods are known elements in developing the disease.

The incidence of colorectal in those aged over 50 years has steadily declined over twenty years, due largely to increased awareness and the implementation of screening for that demographic. However, there has been a 51% increase in colorectal cancer among those who are under the age of 50 since 1994. In particular, rectal cancer doubled between 1991 and 2015 in individuals aged 20-49 years.

Today, the American Cancer Society reports that there 40% of U.S adults are not up to date with their colorectal screening.

Women were more likely to participate in the screening process, however men exhibits a greater number of positive results for colorectal cancer.

The symptoms of colorectal cancer are varied and can be easily hidden. The assumption that an individual suffering from colorectal cancer would be overweight can create a false sense of security. The only way to know for sure is to take a FIT test, however symptoms that one should watch out for include:

A persistent change in bowel habits

Bleeding from the bottom or blood in your stool

Pain in your stomach

A lump in your abdomen

Mistaking these symptoms for other less serious illnesses is not uncommon, and one of the reasons why half of all cancer screenings happen too late. Cancer is one of the leading causes of death worldwide, with several million new diagnoses every year. In 2012 the World Health Organization registered 8.2 million cancer-related deaths worldwide and 14.1 million new diagnoses.

Dr. Dominic Rowley explains everything you need to know about bowel cancer in this video: