What Is Celiac Disease?

Celiac disease is a genetic autoimmune disorder. If you have celiac disease, it means that eating gluten may lead to damage in the small intestine, digestive issues and many more negative side effects.

Let's talk about some of the most important things you need to know about celiac disease.

What is celiac disease?

Celiac disease is a serious autoimmune disorder that occurs in genetically predisposed people.

Gluten is a protein that is found in wheat, rye and barley. If you are living with celiac disease, your body's immune system will reject the protein in the food you eat.

If you have celiac disease and eat gluten, the villi (hair like projections that line your intestines) will be damaged.

Villi are responsible for absorbing nutrients when you consume food. When the villi get damaged, nutrients cannot be absorbed properly into the body.

Damaged villi puts the small intestine under attack and leads a wide range of signs and symptoms associated with celiac disease. 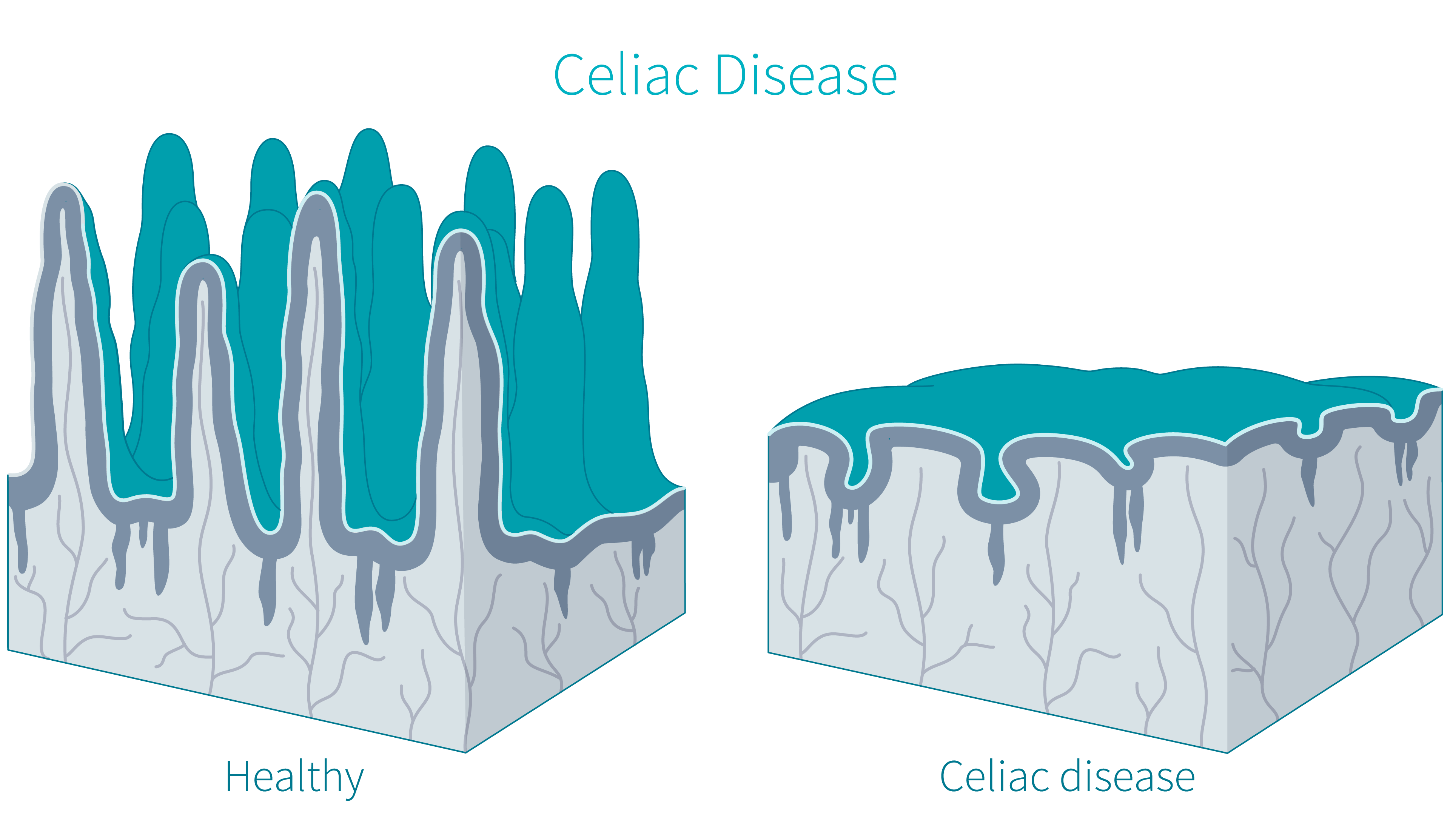 This diagram shows the difference between those who suffer from celiac disease and those who do not.

On the left, you see what villi and epithelial cells look like in those who have a healthy small intestine. The structures are rounded and fit for purpose in enabling healthy digestion.

On the right, you see what damaged villi and epithelial cells look like. As the structures are flattened, they are less able to carry out their role in digestive function. This creates a negative domino effect for other physiological functions, including reproduction. (Read: Does celiac disease cause infertility?)

A wheat allergy differs from celiac disease. Those who are intolerant to gluten will experience similar symptoms to those with celiac disease, however, there is no autoimmune response and the lining of the intestine will not be damaged to the same degree.

Here are the 4 things you may not have known about celiac disease until today:

Celiac disease can lead to different autoimmune conditions
Those who live with celiac disease are more likely to suffer from other autoimmune disorders such as anemia, osteoporosis, type 1 diabetes, multiple sclerosis (MS), dermatitis herpetiformis (an itchy skin rash) and in some severe cases, infertility.

What are the different types of celiac disease?

There are 3 common types of celiac disease:

Each type of celiac disease has similar symptoms, though the symptoms can range in severity.

Celiac Disease Diet: What You Can Eat

How Do You Check For Celiac Disease From Home?