What Is Herpes? How To Deal With A Herpes Diagnosis

What is herpes? How do you deal with a herpes diagnosis? The prospect of having herpes might shake you to the core. It may also surprise you to know that the common coldsore is a strain of herpes.

This week, LetsGetChecked breaks down herpes in a language that you can understand, we speak with the founder of the STD Project, Jenelle Marie about her initial feelings on finding out she has herpes, we compile a list of the signs and symptoms of herpes and finally, how to deal with a herpes diagnosis.

What is herpes? Herpes is a sexually transmitted infection that is caused by two types of viruses. These viruses are called:

Fluids found in a herpes sore carry the virus, contact with these fluids can cause infection. Herpes sores usually appear as one or more blisters on or around the genitals, rectum or mouth. The blisters break and leave painful sores that may take weeks to heal. These symptoms are sometimes called “having an outbreak.”

There is still stigma related to testing positive for herpes despite the fact that over half a billion people worldwide are infected with the STD reports the World Health Organization (WHO). Herpes can stay dormant in your body for years without presenting any symptoms. The first outbreak is the most severe for those who get symptoms.

What are the signs and symptoms of herpes?

Oral herpes is known to commonly be asymptomatic, according to WHO, most people with the HSV-1 infection experience little to no symptoms and may be generally unaware that they're infected. With that said, if signs do appear, they tend to include:

Similar to oral herpes, genital herpes infections often show very few symptoms or show mild signs that could go unnoticed. When symptoms do show, they include:

What happens when you're diagnosed with herpes?

If you're diagnosed with herpes, the most important step to take is to follow the steps given to you by your healthcare provider. It's likely that they will take you through potential treatment options - treatment can help in reducing the number of outbreaks as well as minimize the risk of transmission.

Following diagnosis, there are important steps you can take to prevent any risk of spreading the virus, these include:

Neonatal herpes is a form of herpes that occurs in a young baby; the younger the child is, the more difficulties they may face as a result of the virus.

A newborn can catch herpes in four ways:

Though the idea of herpes in a newborn child can be quite worrying, it’s important to note that it’s very rare. In fact, The American Sexual Health Association notes that less than 0.1% of babies born each year in the United States contract neonatal herpes; meaning that the majority of women with genital herpes give birth to healthy and happy babies.

Can you prevent neonatal herpes?

85% of neonatal herpes cases are contracted during birth making it so important to take simple steps during pregnancy to avoid any potential complications, these include:

Cases are also known to occur when a baby comes in contact with an adult carrying the virus. If you develop a cold sore or if you suspect you may have herpes, you should:

Jenelle's Marie On Her Herpes Diagnoses

A positive herpes test can be difficult to deal with. Here are some of Jenelle Marie's tips.

Blogger and activist Jenelle Marie Davis experienced her first outbreak when she was 16 years old. Today Jenelle runs the STD project, an American STI awareness site, and travels all over the US to educate people about STIs and to dispel some of the myths related to sexually transmitted infections.

Davis has spent her adult life advocating STI awareness and understanding. Her message is simple:

When were you diagnosed with herpes?

When I was first diagnosed at 16, I was in complete shock. I was full of shame, and I internalized all of the stigmas about STIs. I thought all the stigmas were true and that I would never be able to date again or find anyone who would want me because I believed I was damaged goods. Of course, that’s all wildly inaccurate and the opposite of my actual dating experiences, but at the time, I thought it was all true, and I was mortified.

How did you deal with the herpes test being positive?

I cried a lot. And then, slowly, I began dating again, and I realized that everything I believed about STIs and people who had STIs was false. I’ve actually never had someone reject me because of my infection, even though that’s not true for everyone. Over time, I realized that the things society wants you to believe about yourself after you contract an STI, and what is true about yourself regardless of your STI are two very different things. With a combination of time, positive personal experiences, and education, I realized that I was not defined by my infection and it did not reduce my value or desirability at all.

What would you recommend to others in this situation?

Education, education, and more education. Do your own research about the origins of stigma and about the infection itself. The more knowledge you’re equipped with, the less likely you are to take the stigma personally and the more likely you are to seek out healthy, loving, respectful, and supportive relationships. Remember, you are not your infection. You have an infection, but that does not affect who you are. Someone who is truly interested in all of the wonderful things you have to offer will see that as well.

Jenelle Marie Davis took a positive herpes test when she was 16. Herpes Simplex is caused by the herpes simplex virus and is currently incurable. Outbreaks can be managed with painkillers, local anaesthetic cream, anti-viral treatment, salt water baths.

After initial infection, the virus remains dormant in certain nerve cells of the affected area of the body for life. The dormant virus may reactivate, and cause recurrence. Like stated above most people infected with the virus will never display any symptoms, and if they do the first episode is usually the most severe. 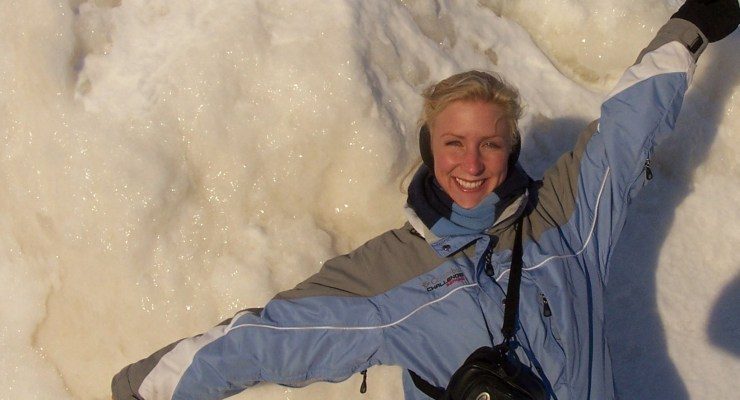 If you are having symptoms of herpes you should see your GP for more information, or get a genital herpes test. While the correct use of a condom can be a good way to protect against most STIs, herpes can be spread through skin to skin contact, making caution more important.