There is a lot of conflicting information regarding when males and females are most fertile. Common schools of thought simplify fertility by saying that men are capable of pro-creating for their entire lives and women will experience the menopause at the age of 40.

This week LetsGetChecked is here to rifle through the misinformation and discuss the most important aspects of your fertility, which include your age, the timing and your overall hormonal health to definitively answer, when are you most fertile?

When Are You Most Fertile? - Age

Women are traditionally known to be capable of reproduction from the onset of menarche. Menarche refers to the first female menstrual cycle. The most common age range to start the menstrual cycle is between 10 and 15 years with the average age of first menstruation being 12 years old.

"Women in the U.S.A are more likely to have their first child in their early 30s."

Men have the ability to reproduce from the moment sperm production begins. This generally occurs during puberty. Puberty in males begins between the ages of 9.5 and 14. Among some of the most common signs of puberty in young males, you can expect the voice to become deeper, a growth spurt in height and muscle mass, going up a shoe-size, the development of the Adam's apple, the enlargement of the testicles and the growth of body hair.

A study published in Human Reproduction found that the average age of fathers is increasing in the U.S by analyzing over 1 million births between 1972 and 2015.

Through analyzing average birth dates and rates, the study concludes that the average age to become a father has steadily increased by 3.5 years in the last forty years.

When Are You Most Fertile? - Timing

Women are most fertile during the ovulation period of their cycle. This “fertile window” refers to the six days between the follicular and luteal phase, these phrases may sound complicated but it refers to the phases in the menstrual cycle where the reproductive system is setting up a "nest" for the egg.

To understand your “fertile window”, it is important to understand what is occurring through each phase of your menstrual cycle. The menstrual cycle occurs in four stages. If you have a twenty eight day period, the below details how the four stages of your period will likely occur. For those who have longer or shorter cycles, this offers a guideline for the stages of your cycle.

Menstrual Phase
Day 1-up to or over 7 days
Menstruation may last from 3 to 7 days and include the expulsion of the thickened endometrium through the vagina. Expelled menstrual fluids include mucus, blood and cells that line the uterus.

Follicular Phase
Day 1-14
The follicular phase begins on day 1 of menstruation and lasts up until ovulation. Follicle Stimulating Hormone (FSH) stimulates the ovary to produce follicles that encapsulate developing eggs.

Ovulation Phase
Day 10-16
During the follicular phase, one follicle will mature while the others die off, this causes a thickening of the lining in the uterus to prepare for the implantation of the egg.

Day 14
Ovulation occurs when the mature egg is released from the surface of the ovary. This usually occurs two weeks before the menstrual phase. Ovulation is triggered by high levels of luteinizing hormone. The egg is moved through the fallopian tube by tiny hair-like projections. When the egg reaches the uterus, it has a 24 hour window to meet a viable sperm, if the egg and sperm do not fuse, the egg will die.

Luteal Phase
Day 16-28
During ovulation, the egg is released from the follicle that develops during the follicular phase. The follicle remains on the surface of the ovary while the ovary is transported to the uterus during the luteal phase, the follicle develops into the corpus luteum, which is a structure that releases progesterone, along with small amounts of oestrogen. This release stimulates the thickening of the uterine lining for the egg to implant once it is met with sperm.

If conception does not occur, the corpus luteum will die, usually on day 22 of your cycle. The drop in your progesterone levels stimulates the degeneration of the uterine lining, also known as menstruation and the cycle begins again. 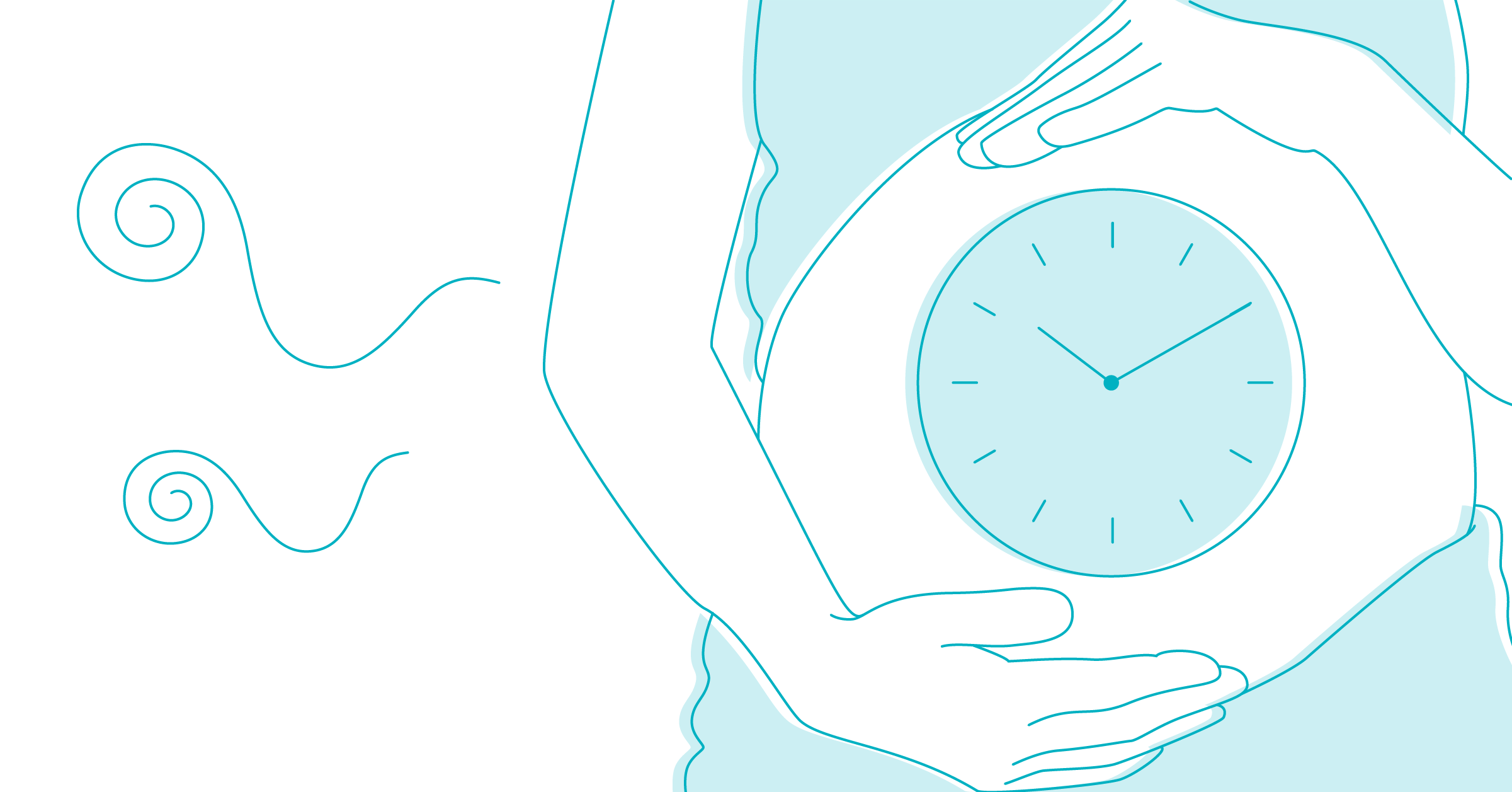 Men do not have a "fertile window" per se as sperm is continually formed and stored in the testes. Healthy sperm is viable anytime under normal health circumstances. Sperm has the ability to live for up to six days in the uterus.

That being said, there are studies (linked below) that show that men are most fertile in the mornings and during winter months.

One study suggests that the volume of sperm found in the testicles is higher in the morning, this is hypothesized for a number of reasons. It is important to remember however that if you have a healthy sperm count, your volume of sperm may only decrease by 1%, and sperm quality is more important than quantity.

This study cross-referenced with another carried out by Soroka Medical Center which showed that there are higher birthrates during autumn which could be connected to higher success rates in conception during winter months. While these studies display decent research, there are no definitive findings that exemplify when sperm may or may not be at its best quality.

If you maintain a healthy lifestyle that includes a balanced diet, regular exercise, and cut down or quit smoking, drinking alcohol or other recreational substances, your likelihood of successful conception is heightened greatly.

When are you most fertile? - Hormonal Health

The most common cause of infertility in women is a failure to ovulate. 40% of women with infertility issues have difficulty ovulating.

Primary Ovarian Insufficiency (POI) and Polycystic Ovary Syndrome (PCOS) are the two most common causes of infertility in women by ovulation failure. Endocrine disorders such as thyroid diseases, pituitary gland and/or hypothalamus disorders may also cause hormone-imbalancing ovulation disorders. Ageing and lifestyle factors are significant factors that play a part in women's failure to ovulate.

Polycystic Ovary Syndrome (PCOS) is the one of most common endocrine disorder experienced by women. PCOS occurs when women produce a higher than normal volume of male hormones. Imbalanced hormones may cause infertility and metabolic issues.

PCOS affects 10% of women who are of a child-bearing age.

Symptoms of PCOS may include:

In the largest scale study known to date that examines male fertility, researchers collected semen samples from 42,935 men from 50 countries between 1973 and 2011 in an attempt to measure sperm quality and quantity.

The results showed a somewhat drastic decline of 59.3% of total sperm count within the sample group over the 38 years. In North America, Europe and New Zealand combined, there was a 52.4% decline in total sperm per milliliter of semen.

Taking the global study into mind, it is also important to note that biologically, male sperm count is said to start declining at the age of 20, this process then begins to speed up noticeably by the age of 40 years of age. Andropause is not as widely known as the menopause and it isn’t necessarily considered to be an equivalent to the menopause, as andropause is a much more subtly and over a longer period of time.

The symptoms of andropause are not similar to that of the menopause which include hot flashes and a cessation of certain regular physiological processes that occur during the menstrual cycle.

An emerging school of thought hypothesizes that global male fertility is beginning to suffer by cause of modern lifestyles that have resulted in the quality and quantity of sperm counts decreasing.

As men age, levels of testosterone may also decline, which could explain symptoms ranging from fatigue to mood-swings.

With LetsGetChecked, you can take female fertility tests and male hormone tests from the comfort of home, with support and guidance at every step of the way, and results available in just one week.

Pregnancy Planning? Four Tests You Should Consider Before Starting a Family

How Do You Check Female Fertility From Home?