Living With Delayed Ejaculation? The Signs And Symptoms

Quantitative data surrounding ejaculation issues are hard to decipher as each person has a different idea of what a “normal” duration of sex is.

This week, in honour of sexual health awareness month, LetsGetChecked talks you through the causes, signs and symptoms of delayed ejaculation, and is joined by Ben Bidwell, also known as The Naked Professor. Bidwell continuously strives to raise awareness for his experiences of delayed ejaculation through his social media musings, in which he bears all both literally and metaphorically.

What Is Delayed Ejaculation?

The basic definition associated with delayed ejaculation is the inability to ejaculate during sexual intercourse.

Three of the main criteria associated with delayed ejaculation include:

Is Delayed Ejaculation Common In Men?

Delayed Ejaculation (D.E) which includes anejaculation (inability to ejaculate) or retrograde ejaculation (the backward flow of semen) is the third most common sexual disorder in men, however it has received the least coverage due to the lack of concrete data that can confirm a definite diagnosis. The prevalence of delayed ejaculation is hypothesized to be relatively low with predicted ranges of 1% of the global male population suffering from lifelong D.E and 4% of the male global population suffering from acquired D.E.

The causes of delayed ejaculation are physical and psychological.

On a physical level, delayed ejaculation may be caused by:

On an emotional level, delayed ejaculation may be caused by:

What Are The Signs And Symptoms Of Delayed Ejaculation?

In understanding the signs and symptoms of delayed ejaculation, it’s important to note the five stages that occur in healthy sexual function.

Sexual function links the body to the mind. The endocrine (hormonal), circulatory and nervous systems interact with thought processes to produce a sexual response for healthy sexual function. There are 5 stages included in the lead up to a healthy and successful ejaculation.

Desire (also known as your libido or sex drive): Desire refers to the initial thought processes that lead to your desire to engage in sexual activity. This is a sensory experience that may be brought on by your environment, including touch, thoughts, words, sights and smells. Desire leads to excitement.

Excitement (also known as sexual stimulation): Excitement refers to the connection between sensory systems in which signals are sent from the brain, via the spinal cord to the penis. The arteries that supply blood to erectile tissues begin to relax and dilate, which allows increased blood flow and increased blood pressure within the penis leading to an erection. During the excitement phase, muscle tension increases throughout the body.

Plateau Stage: Plateau Stage refers to the period between experiencing an erection and ejaculation. During the plateau stage, breathing becomes rapid and muscles in the body continue to tense. The excitement stage continues to intensify.

Orgasm: Orgasm refers to the peak of climax or sexual excitement. During orgasm, muscle tension throughout the body reaches its peak and pelvic muscles contract, followed by ejaculation.

Ejaculation: Ejaculation occurs when the nervous system works in conjunction with male reproductive organs to stimulate the movement of semen into the urethra. Further muscular contractions around the urethra propels semen out of the penis while the neck of the bladder contracts preventing the backwards flow of semen, also known as retrograde ejaculation.

The signs and symptoms of delayed ejaculation include: 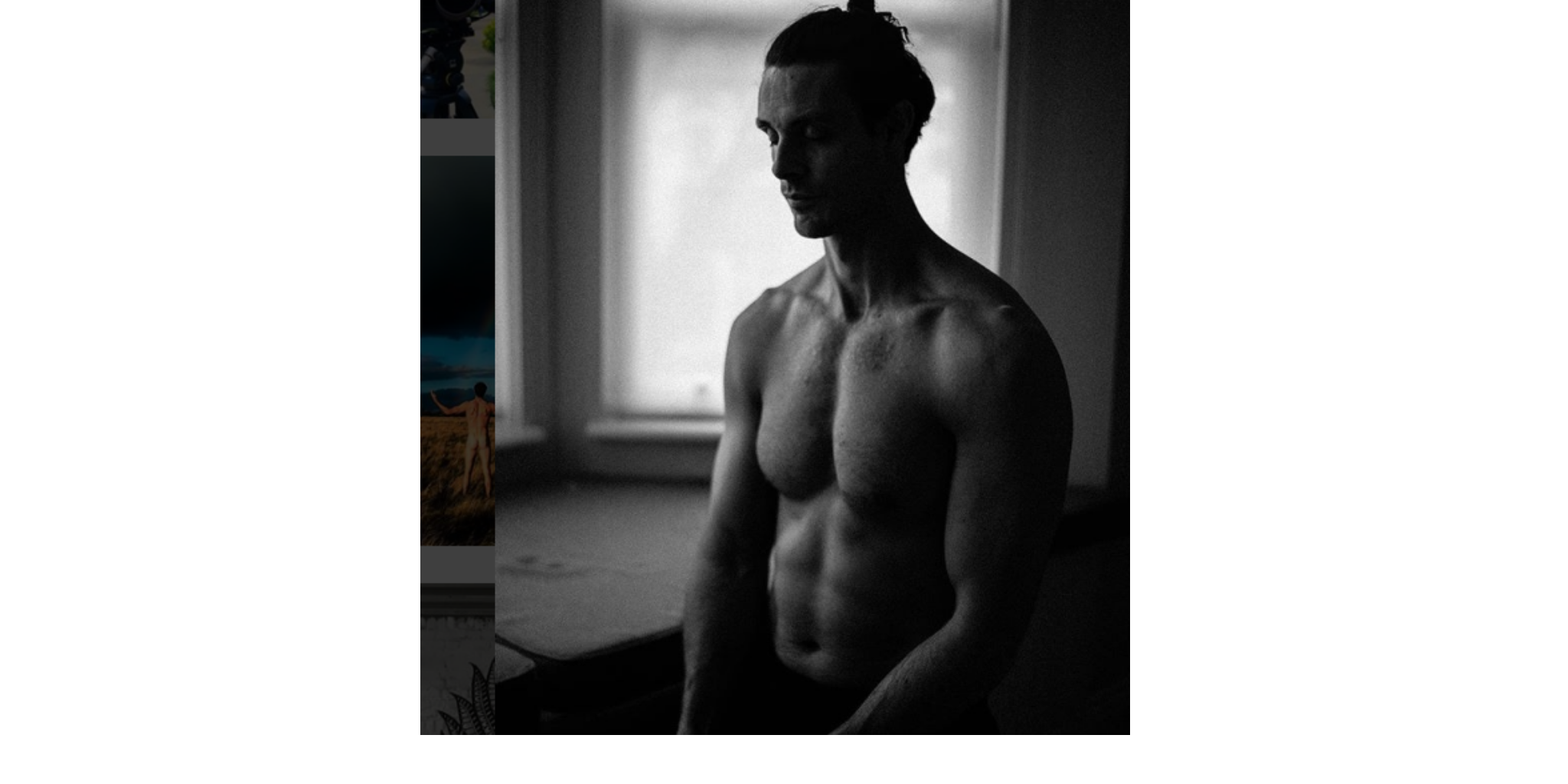 LetsGetChecked is joined by The Naked Professor, public speaker, life coach and writer who says he knew he had delayed ejaculation from his very first sexual experience. Today, he raises awareness for D.E, with the message that there shouldn’t be a fear or stigma associated with a condition that you cannot control. He tells LetsGetChecked of his quest for answers in living with delayed ejaculation.

“The word brave is thrown around. None of it feels brave. I’m just sharing my truth. I didn’t choose it. What is there to hide? The world is closed to open-mindedness. I’m just being honest and it’s not for everyone.”

How long have you known that you have delayed ejaculation?

I’ve known since the first time I had sex. I didn’t have an orgasm, it happened a few times after that and I just thought to myself, I’m pretty sure it’s not meant to be this way.

The technical term is: retarded ejaculation. It doesn’t sound very nice but that’s what it is. Some people find it easy. There’s always someone on the other end of the spectrum and I just don’t find it easy to orgasm.

What was happening in your life in the lead up to your diagnosis?

There were different facets that lead to it. I was running a tech company and I needed to make changes. The tech guys working on my team were building my vision and it was a source of anxiety for me because I couldn’t control it myself. Eventually I made a conscious decision in my head, I decided that I needed to make a decision to do something that was within my control.

I forced myself into taking on self-care. I was thirty and I had some failed relationships in the previous 7 years. Sex and sexual dysfunction were the main issues, but they were becoming an ongoing issue.

I decided to leave the tech company and studied mediation. Now I work as a life coach and meditation teacher. I see myself as a mental health advocate.

How did you deal with your condition at the start?

I had gone to my doctor and done a number of tests. I was inquisitive. I think I had an interest in particular about how we grow up and how a few things resonate from growing up. It started making sense to me. You get to the point where you’re so closed that you become open.

How did The Naked Professor get started?

I decided that I needed to change my life so I was going to start writing about my passion. What I write about isn’t necessarily about my condition but about vulnerability, it’s about uncovering who you really are.

I couldn’t think of what image I could have used for awhile but I knew that I wanted to captivate an audience. I needed a headline image and the concept became married to the image of truth I wanted to speak. Once I started taking the images, the Naked Professor was born. 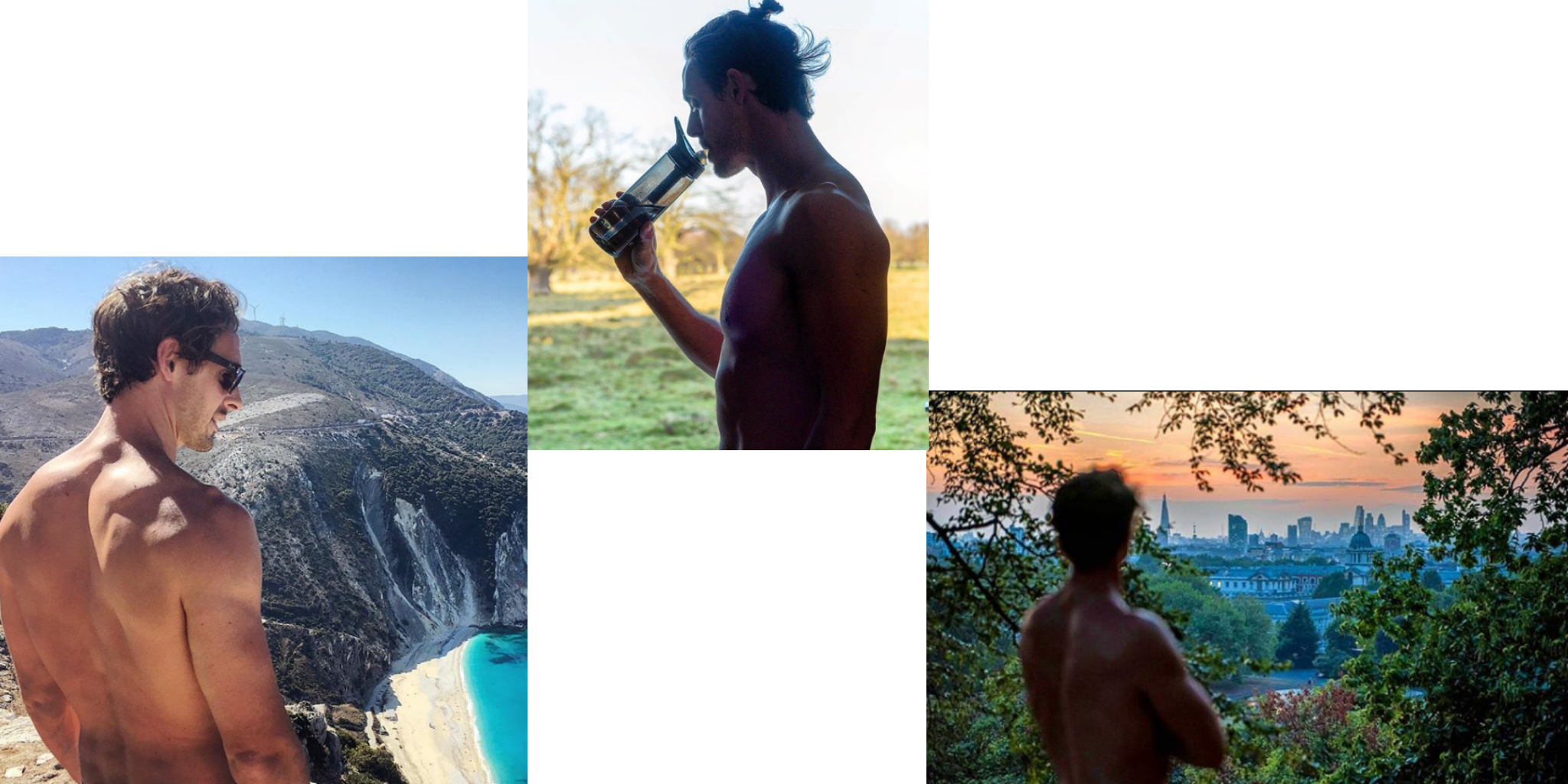 Was is a brave step for you to show your face as the Naked Professor?

I couldn’t keep hiding. It created a certain level of intrigue for the brand, and from the outset, I didn’t want the Naked Professor to be about how I looked. I was chasing freedom, being vulnerable, and standing out from the crowd, but what I looked like didn’t need to be about that.

I had to evolve. I was nervous about posting a non-naked image. I didn’t know how people would deal with it.

How has delayed ejaculation affected your relationships?

I’ve received mixed reactions. To some, it was a real problem, it really affected them.

It’s been hard to have a healthy relationship. It would add an element of anxiety to having sex. First I thought that my drive wasn’t as high. I didn’t have an answer then to what was wrong with me.

Some past relationships would take it personally. Others had no stress, but it did affect me negatively. I didn’t want this problem in my life. It does affect your drive in other aspects of your life. Your partner wants to feel wanted. They want to see passion in your eyes but my issue made that dwindle. We didn’t have the same end goals and it can make it fizzle out prematurely.

I realize that I need to be with someone who is really understanding. It’s really asking for a lot of compassion and I’m aware of that. D.E started to negatively impact my thoughts. I feel that with the right person, I could find an understanding, and a connection. I know that in the end, it won’t define me.

Do you think that delayed ejaculation is a physical or emotional condition?

I think it’s 50/50. Initially, it was derived from the body and if you added alcohol, it would take even longer again. Your mind records what happens and then it reinforces the memory as a physical experience, becoming deeply rooted and very deeply ingrained.

Our body talks to us. If we feel anxiety, we respond to it in different ways. What we may feel inside will come out in different behavioural patterns and in a deeper way. It’s not one or the other, there’s a mindset and body connection.

How has your experience with health testing been, between from your first test to today?

My first test was taken when I was 21. I was in a relationship at the time. I took a test for diabetes and testosterone and they came back normal. I also went to a urologist.

Today, just to get an appointment is quite difficult. It’s been with me all my life and it’s not life threatening, so being treated with the NHS, can take 3-6 months to get an appointment alone. I don’t blame the NHS at all. They don’t have the finances to get to the bottom of this and I am highly appreciative for everything they have done for me. I have undertaken psychosexual therapy too. It’s a bit frustrating but I’m not resentful at all.

"You need to prioritize and invest in yourself"

What advice would you give to someone who has delayed ejaculation?

First thing: there is no shame around this. You haven’t done anything wrong.

Second thing: society is embracing vulnerability. Get out there and explore, your body is talking to you.

There is a quote that has always really stuck with me in particular:

“Your wounds are not your fault but healing is your responsibility.”

What Should You Do If You Have Delayed Ejaculation?

There is no cure or treatment for delayed ejaculation, just as there is no clear diagnostic definition. It is recommended that physical issues are ruled out, such as neurodegenerative disorders, as well as certain medications that may cause delayed ejaculation. Hormones, thyroid function and diabetes should also be tested to offer an overview of your health.

Age is a deciding factor in sexual function and men over the age of 50 are likely to experience ejaculatory and erectile issues. In saying that, if there are no physical or lifestyle factors that are illustrating issues associated with ejaculation. It is recommended that those who experience the condition consider talking therapies to explore the psychological aspect of the condition. Hormone, thyroid and diabetes tests can be purchased at www.letsgetchecked.com.

Penile Discharge: Is It Normal?