Equally, those living with vaginismus may lack the ability to use certain contraceptives, menstrual products, go for a gynaecological exam or even take a HPV test.

We are joined by Jade who works as a journalist.

To look at Jade, you would never think she is living with vaginismus. There are no tell-tale symptoms, just as there is no certain cause of the condition.

Jade has been dealing with vaginismus for 6 years. She says: 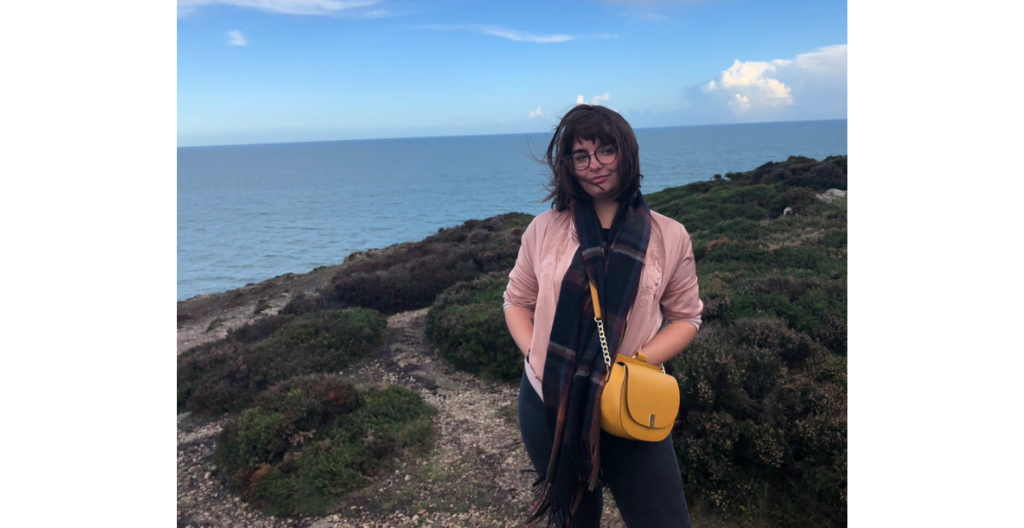 Vaginismus is often a misunderstood condition, there are a number of reasons for this. Often, those who are living with vaginismus are reluctant to speak about their condition because it is closely associated with psychological issues and past sexual trauma. Others report that they are made to feel less than normal due to the fact that penetrative sex is something that may never be possible for them.

If you read any personal account of living with vaginismus, there is a common thread of feeling frustrated in the fact that people either refuse to believe they can't have penetrative sex, or that they have yet to lose their virginity because sex without penetration does not classify as "real sex".

In this article, we will be breaking down what's true and false when it comes to vaginismus alongside Jade's the reality of living with vaginismus.

The International Classification of Diseases (ICD)-10 categorizes vaginismus either as a “pain disorder” or as a “sexual dysfunction comprised of a spasm of the pelvic floor muscles that surround the vagina, causing the occlusion of the vaginal opening with penile entry being either impossible or painful.”

In layman's terms, vaginismus is described as the involuntary contraction of muscles around the opening of the vagina. Muscle contraction makes sexual intercourse or any sexual activity that involves penetration painful or impossible.

Vaginismus is a physical and psychological condition as both the body and mind operate in conjunction causing the vaginal walls to spasm and contract.

For some women, it is possible to insert a tampon or have a smear test however intercourse is not possible. For others, it’s impossible to penetrate the vagina in any way.

In sum: Vaginismus is a condition in which the vaginal walls contract and spasm in response to potential intimate contact. 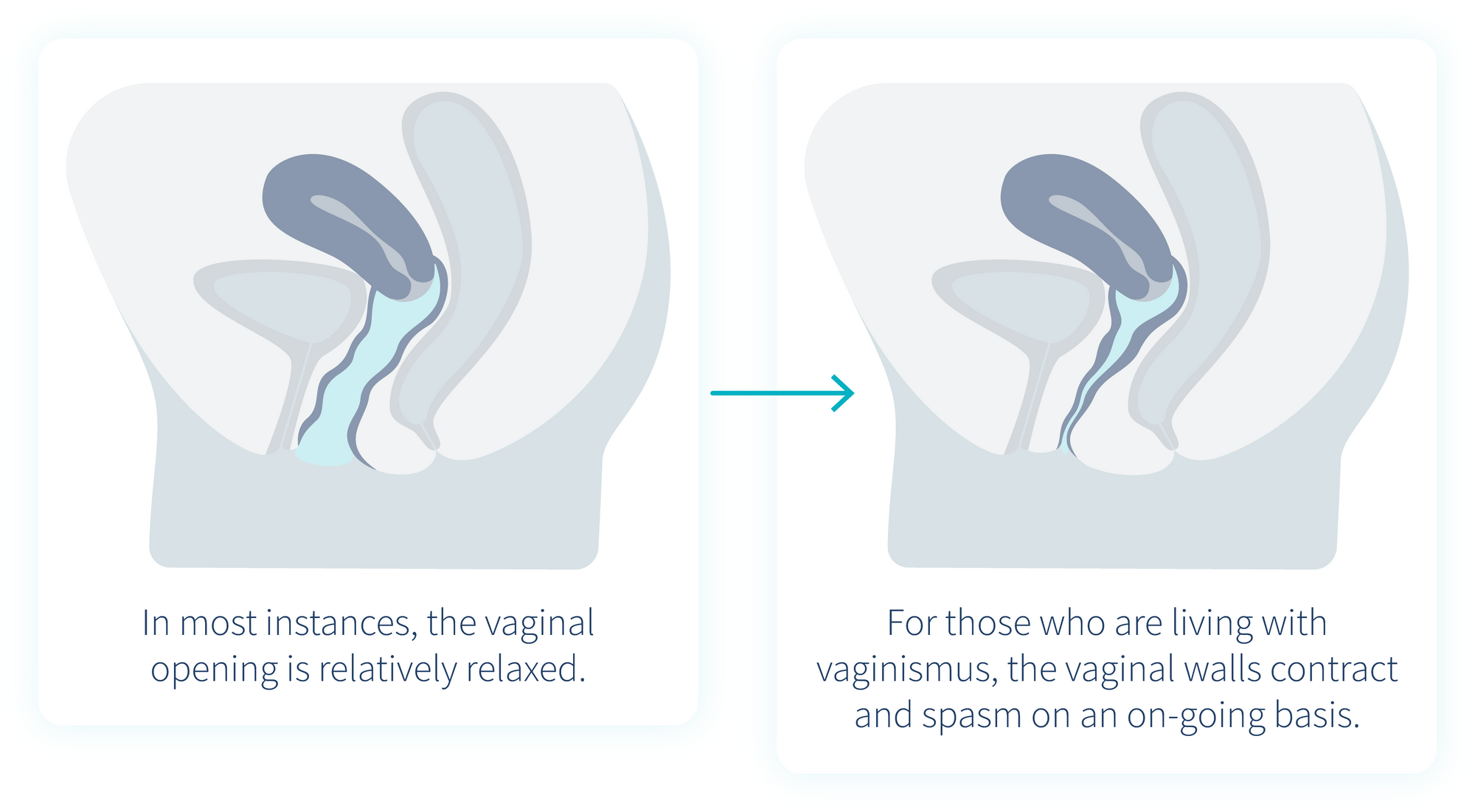 The causes of vaginismus are not fully understood, in most cases, there is no one (known) cause of vaginismus. Often, there are a number of contributing factors that play a part in the development of the condition.

Primary Vaginismus
Primary vaginismus is described as an inability to experience penetration without physical or psychological pain from birth.

Secondary Vaginismus
Secondary vaginismus occurs when a woman develops pain in instances of penetration. It can occur at any point in a woman's life even if she has had many years of pain-free intercourse.

Global Vaginismus
Global vaginismus occurs on each occasion of penetration, with no visible symptoms.

Situational Vaginismus
Situational vaginismus occurs in some situations that may lead to penetration.

In answering the question; "What Causes Vaginismus?", we need to look at both the physical and emotional causes. 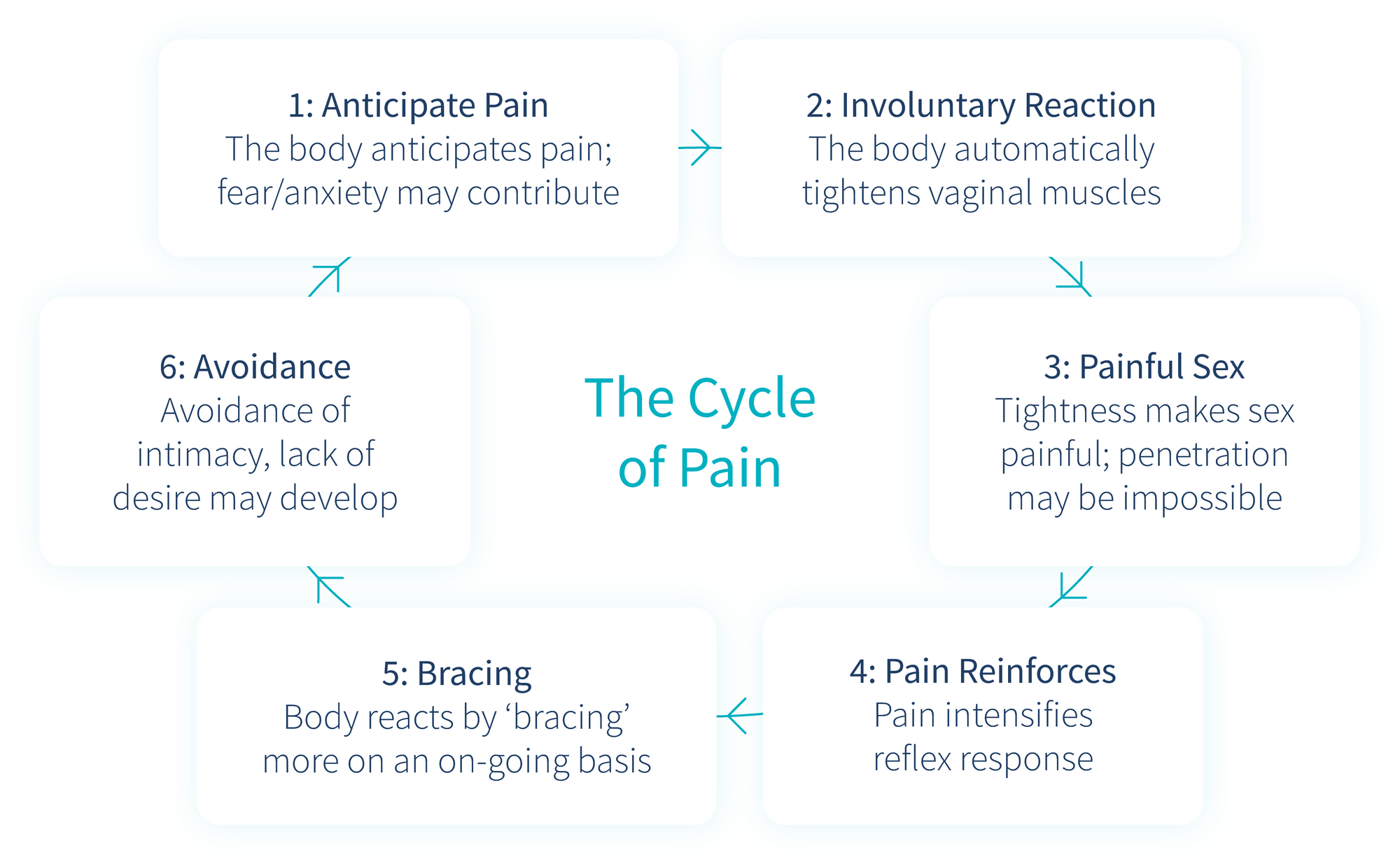 How Common Is Vaginismus?

Vaginismus is often confused with dyspareunia. The main difference between vaginismus and dyspareunia is that dyspareunia is often attributed to physical ailments including cysts, pelvic inflammatory disease and/or vaginal atrophy.

Some studies say that vaginismus affects 17% of women.

Others studies say it affects upto 7% of women

In sum: Vaginismus is a condition that is a lot more common than you might think.

What Are The Symptoms Of Vaginismus?

Vaginismus is a different experience for everyone, however there are some common symptoms that medical professionals often ask about before they carry out an examination.

If you experience the following symptoms, it is quite likely that you are living with vaginismus:

In sum: One of the key signs that you may be living with vaginismus is the onset of painful vaginal contractions alongside anxiety at the thought and/or in a setting where penetration may occur. 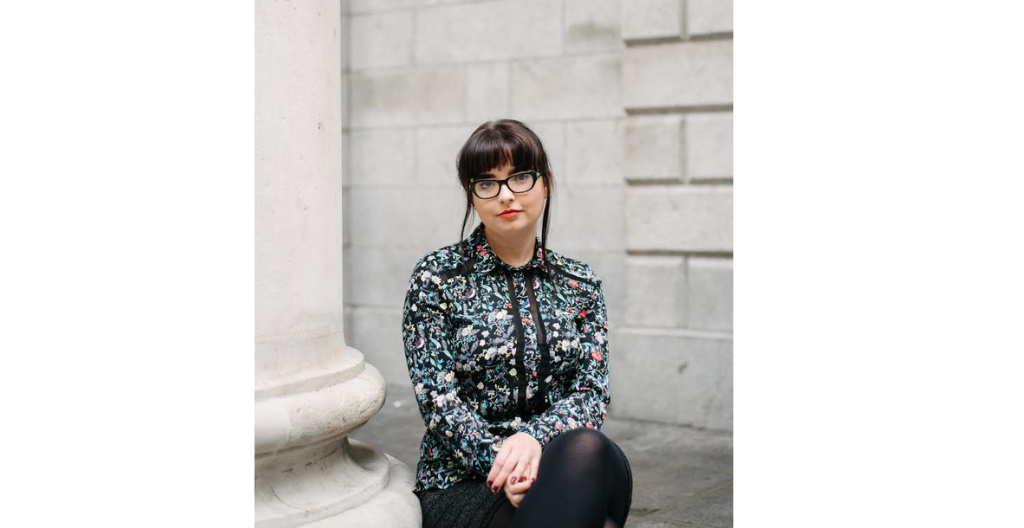 Say if you were clenching your vaginal muscles, it’s like that, but all the time. I’m doing it right now.

I have to remind myself to relax. You hear about people with hidden traumas and that connection to vaginismus because something horrible happened to them but this just appeared out of nowhere.

Have you had to overcome emotional and physical barriers living with this disorder?

Yes the condition has negatively affected relationships I’ve had with people who refuse to understand it.

Vaginal sex is impossible for me so that’s not something I consider when I’m having sex. Accepting that took a long time too, but eventually it became second nature and allowed me to stop focusing on the condition as a negative.

What happens if there is a potential for penetration?

Whenever anything comes into contact with my vagina it seizes up, it’s an involuntary spasm, even if you’re relaxed it just happens.

Even when I want to have sex I just think "no, it’s not worth it, it’s going to be sore."

Do you find it hard to explain vaginismus to other people?

It depends who asks. Sometimes people are genuinely interested and willing to listen and then others point blank refuse to understand. I’ve experienced people getting angry and aggressive in the past, totally misunderstanding what I’m trying to tell them.

It’s a pure indication that a person doesn’t know even half of what they should regarding the female body. 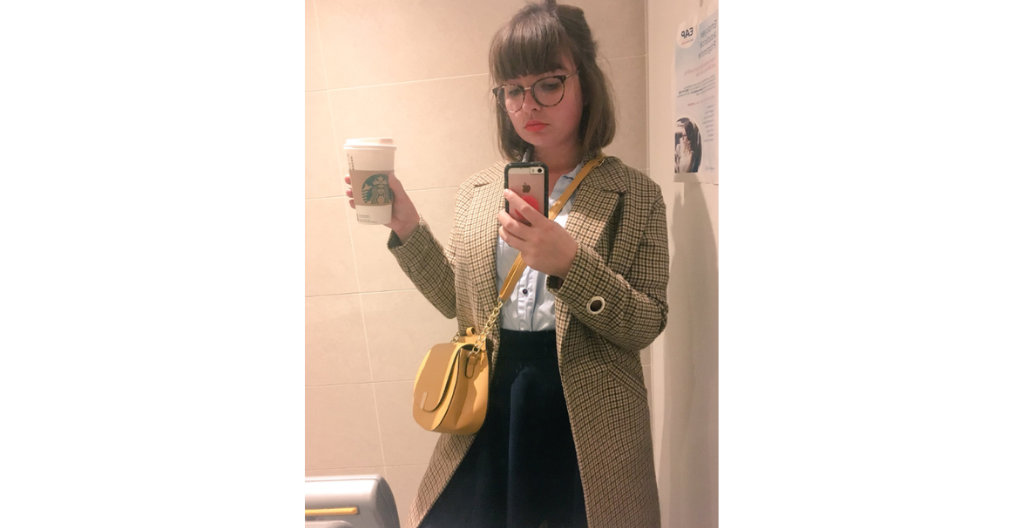 How did you overcome your diagnosis?

My first boyfriend couldn’t accept it and I think he believed it wasn’t a real relationship if there was no sex. I was so young and because he was my first boyfriend I believed it and thought every man was going to be like that and no one would ever be with me because I am like this.

I thought I needed to get fixed. Eventually after we did break-up, I realized this wasn’t the case. You’re starting college and everyone is talking about sex asking you if you have done it yet. In your head, that’s scary because you don’t want to say no.

It took awhile to get to a place where I wasn’t ashamed of it but it’s something I have accepted now.

Jade can’t use tampons or have penetrative sex. The sheer sight of a condom is anxiety inducing and the thought of a smear test, terrifying. The doctor told her that receiving a cervical check would involve the insertion of a vaginal swab. For Jade, this scenario seemed to be something she would never be able to go through with.

This procedure is near impossible for Jade due to her vaginismus. HPV is responsible for nearly 100% of all cervical cancers. It is so common that nearly all sexually active women will be infected with it at some point in their lives.

Testing for HPV involves vaginal penetration but for people living with vaginismus, this is no easy feat. On this basis, Jade decided to try an at-home HPV test.

By removing the stress of a clinical environment and someone else controlling the process, she thought it might give her a better chance of successfully testing for HPV. 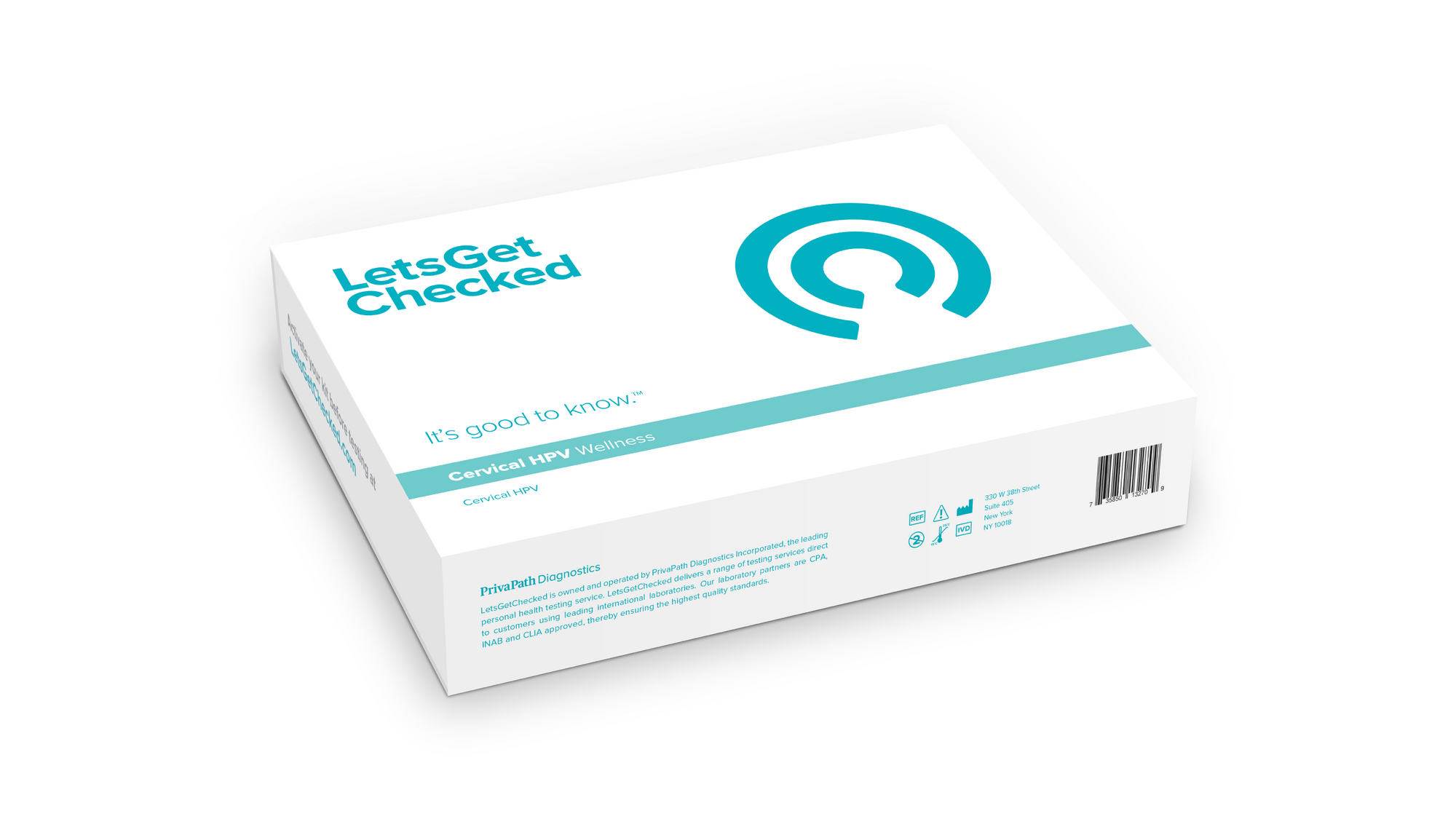 Have you been able to get a cervical test before?

Is being in a physician’s office in that situation a cause of distress?

Asking my nurse about getting a smear was nerve wracking because I knew she wasn’t going to offer an alternative I was okay with.

Having past vaginal examinations has been extremely stressful too.

What was it like using the LetsGetChecked cervical swab?

It was a lot easier than I thought it would be and seeing as I was in complete control of the situation, I was relaxed and there was no pain at all. I was convinced I had collected the sample wrong though and that I hadn’t inserted the swab far enough.

How did it feel to get your result?

My result came back clear so I was obviously delighted as I had started to get paranoid once I sent my sample back, especially as there has been so much controversy around cervical cancer recently. 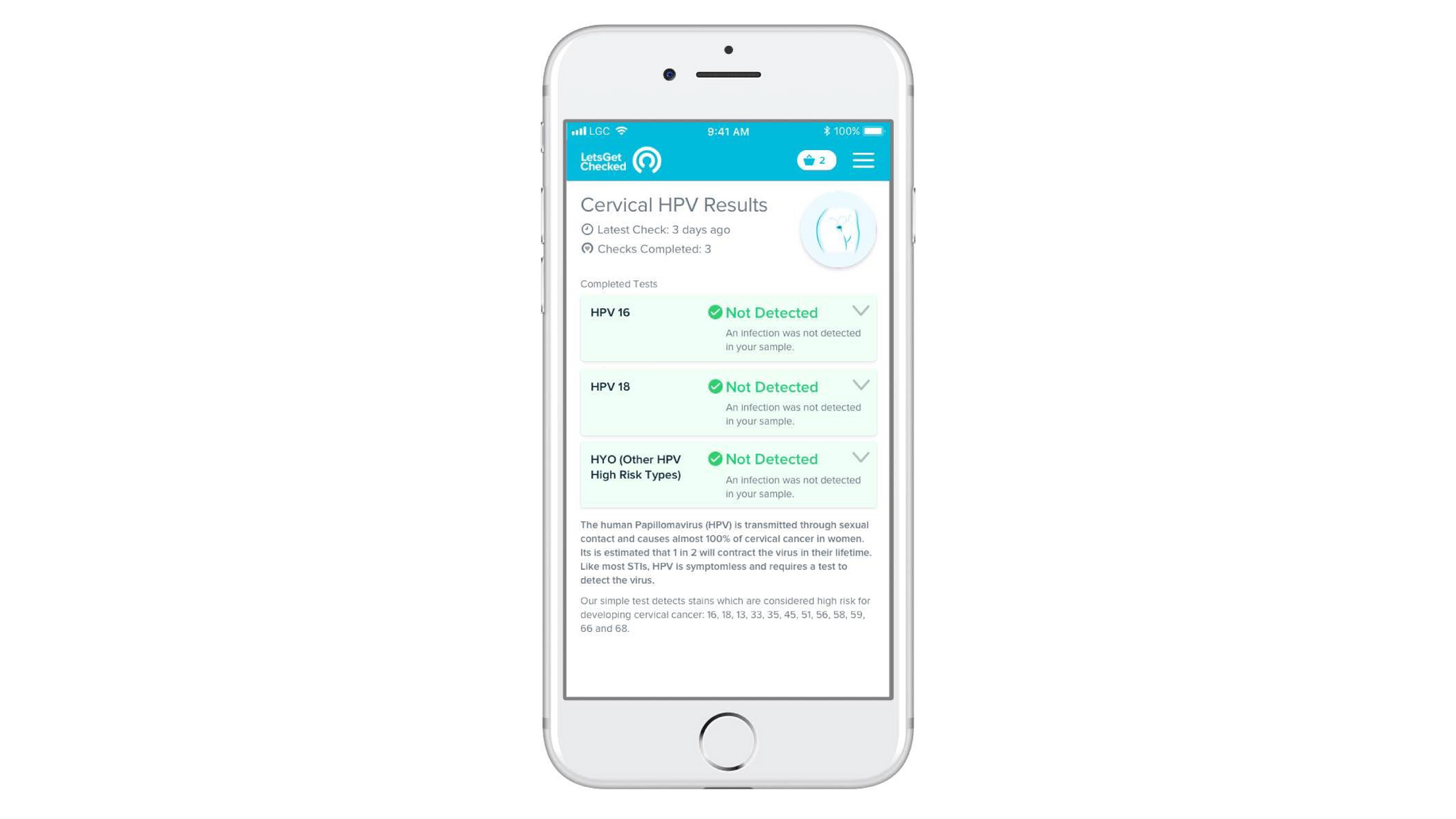 Would you recommend the product?

Definitely. It was easy to use and the instructions were thorough. It eliminated the hassle of having to book an appointment or take time off work.

I thought it was very user friendly. Perfect for the working millennial on the go.

What Is Cervical Cancer? | Everything You Need To Know

Can You Have Sex With HPV?